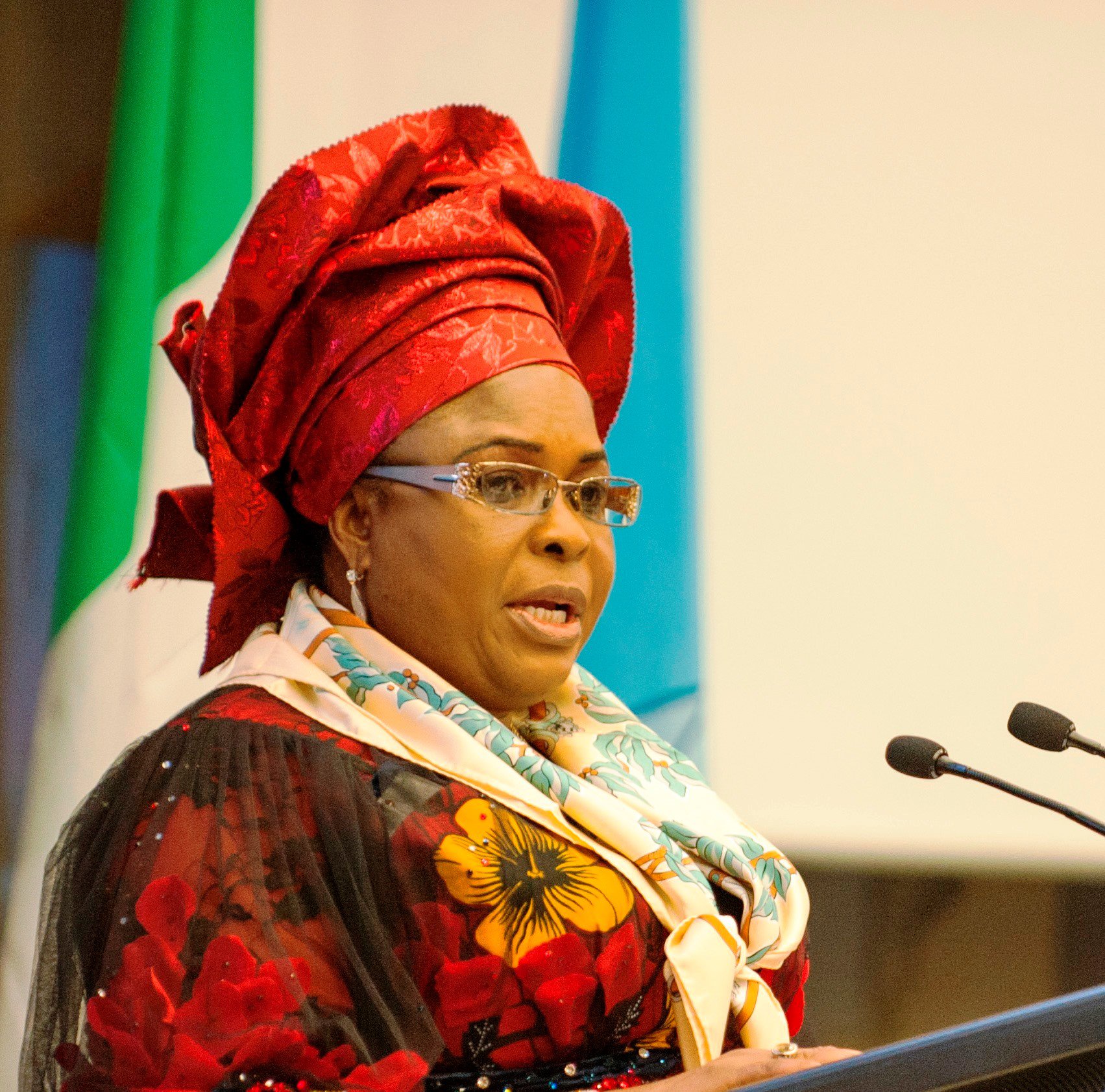 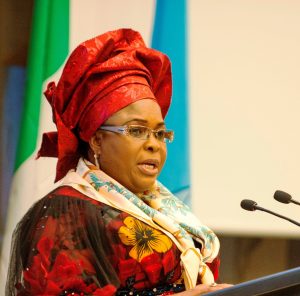 EFCC In Manhunt For Two Suspects
THE DEPOSITS
• 21/2/2014 $46,500,000
• 24/2/2014 $31,000,000
• 31/3/2015 $49,250,000
• 1/4/ 2015 $49,000,000
TOTAL: $175,750,000
Where is the $175,750,000 deposited in an account linked to former First lady Patience Jonathan?
This is the question the Economic and Financial Crimes Commission (EFCC) is battling to answer.
The deposits were found in the account of Pluto Property and Investment Limited, one of the firms linked to Mrs. Jonathan.
The EFCC has launched a manhunt for two suspects, Toru Wonyeng Ibuomo and Friday Davies, linked to the curious deposits in four tranches within 14 months — between February 21, 2014 and April 1, 2015.
The anti-graft agency is probing how the cash was withdrawn from the domiciliary account with Skye Bank Plc without any trace of where it was diverted to.
The deposits are different from the $15.5million over which the ex-First Lady sued the EFCC, which placed No Debit Order on four accounts.
But the company is one of the four convicted on November 2 for laundering the $15.5million, which Mrs. Jonathan insists belongs to her.
The companies convicted by Justice Babs Kuewumi of the Federal High Court are Pluto Property and Investment Company Limited; Seagate Property Development & Investment Co. Limited; Trans Ocean Property and Investment Company Limited and Avalon Global Property Development Company Limited.
Barely two weeks after the conviction of the companies, the EFCC uncovered another $175, 750,000 deposits in the account of Pluto Property and Investment Company Limited.
The cash has, however, vanished from the bank.
EFCC detectives discovered that the account was opened on November 30, 2013 by Pluto Property and Investment Company Limited with number 2110002238.
The company was registered on January 29, 2013 with RC 1092722. The “strange” deposits came within 14 months.
The deposits are:
• 21/2/2014—$46,500,000
• 24/2/2014—$31,000,000
• 31/3/2015—$49,250,000
• 1/4/ 2015—$49,000,000
“The EFCC is probing how the deposits hit the company’s account barely two years after it was registered and without executing any major contract. We are suspecting that this is another slush account where government funds were diverted to,” a source close to the investigation told The Nation.
The source said: “All the deposits were in cash, a development which showed that it was a pure case of money laundering.
“On the 21st of February, the account was reported to have recorded a cash deposit of $46,500,000 by the General Manager of Pluto Property and Investment Company Limited, Toru Wonyeng Ibuomo.
“Three days after (24th of February, 2014), another cash deposit of $31,000,000 was made by the same General Manager.
“Friday Davies made a cash deposit of $49,250,000 into the same account. The last tranche of $49,000,000 was deposited by Davies on April 1, 2015.”
The source, who pleaded not to be named because of what he described as the “sensitivity” of the probe, claimed that the EFCC was on the trail of Ibuomo and Davies.
The source added: “We need the two depositors to assist in the ongoing investigation of the payments into the affected account.
“It is more curious when the bank details did not show evidence of withdrawals. Yet the whereabouts of the cash was unknown. We hope it is not a private banking arrangement to hide slush funds.”
The source confirmed that the EFCC would probe the likely roles of the former First Lady in operating the account of Pluto Property and Investment Company Limited.
“In a matter before the Federal High Court, the ex-First Lady admitted that one of her domiciliary accounts was bearing Pluto Property and Investment Company Limited.
“We are investigating this $175.750million deposits and the extent of the involvement or relationship of the ex-First Lady with the funds. This is a fresh case; it has nothing to do with the $15.5million frozen by the EFCC.”
In an affidavit filed before the Federal High Court in Lagos and deposed to by Sammie Somiari, a lawyer, on behalf of Mrs. Patience Jonathan, the deponent – claimed that the ex-First Lady had been using ATM credit cards of four companies.
Pluto Property and Investment Company Limited; Seagate Property Development & Investment Co. Limited; Trans Ocean Property and Investment Company Limited and Development Company Limited and Globus Integrated Service Limited.
The ex-First Lady alleged that the EFCC placed a “No Debit Order” on the four accounts in July in the course of probing Waripamo Dudafa, a former Special Adviser on Domestic Affairs to former President Goodluck Jonathan.
Somiari claimed that Dudafa helped Mrs Jonathan to open the four accounts which the EFCC froze.
Somiari added “that Mrs Jonathan complained about this to Honourable Dudafa, who at her prompting and instance promised to effect the change of the said accounts to the applicant’s name; and to effect this change, Honorable Dudafa brought the said bank manager, Mr. Dipo Oshodi, who claimed to have effected the changes. This was about April 2014.
“The bank official, Mr. Dipo Oshodi, as it would appear, did not effect or reflect the instruction of the applicant to change the said accounts to her name(s) despite repeated requests.
”However, since 2010 up until 2014 and thereafter, Mrs. Jonathan had been using the cards on the said accounts and operating the said accounts without let or hindrance. Even in May, June and July 2016, the former First Lady travelled overseas for medical treatment and was using the said credit cards abroad up until July 7, 2016 or thereabouts when the cards stopped functioning.”
In the suit, Mrs. Jonathan urged the court to compel the EFCC to immediately vacate the “No Debit Order” placed on her accounts.
On November 2, Justice Babs Kuewumi convicted the four companies of laundering the $15.5m.
The companies had on September 15, 2016 pleaded guilty to laundering the money when they were arraigned by the EFCC along with Dudafa, a lawyer, Amajuoyi Briggs; and a banker, Adedamola Bolodeoku.
But Dudafa, Briggs and Bolodeoku pleaded not guilty.