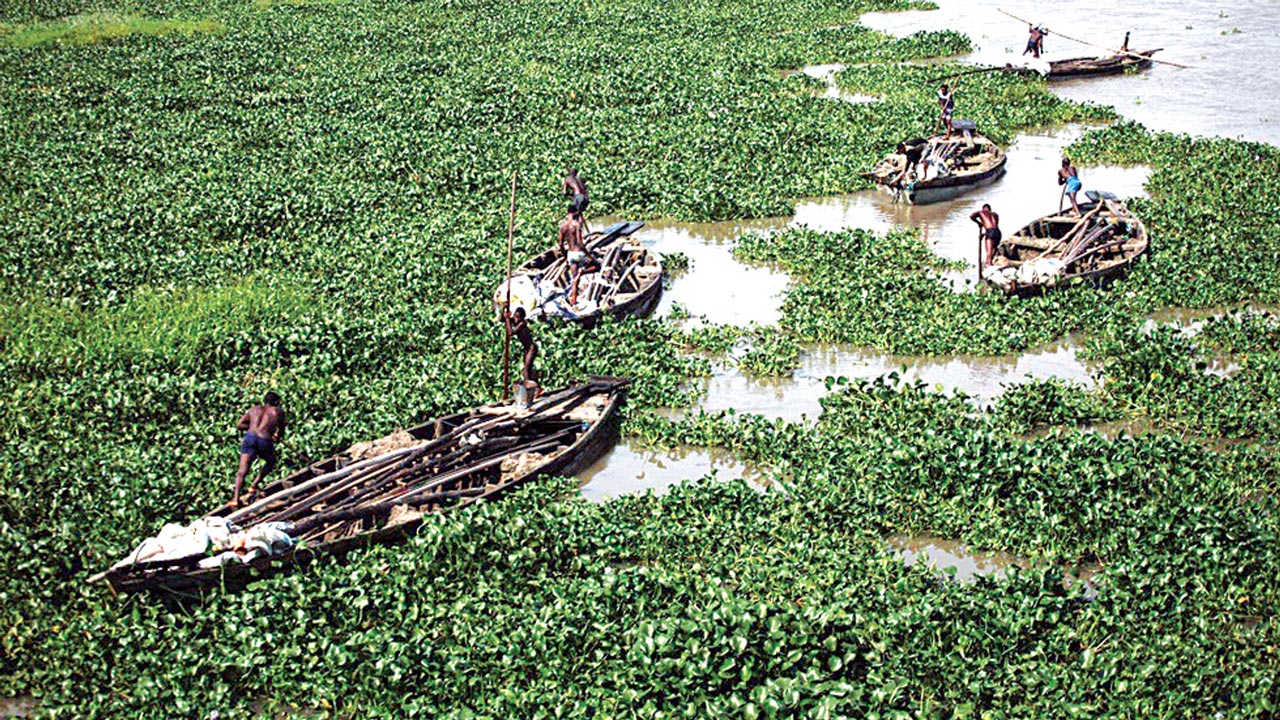 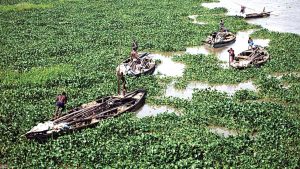 Boat transport operators in Lagos State are counting their losses as unwanted water hyacinth, otherwise called seaweeds, have taken over the waterways, impeding free movement.
The hyacinth, currently covering the popular Ikorodu, Epe, Ojo and Apapa jetties, are causing severe damage to boat engines, more fuel consumption and often put passengers’ lives at risk where operators are not careful.
Hyacinth is a bulbous plant of the lily family, with strap-like leaves and a compact spike of bell-shaped fragrant flowers. Its convergence covers large expanse of the lagoon from October to March every year, making waterways almost inaccessible during the period.

Chairman, Association of Tourist Boat Operators and Water Transporters of Nigeria (ABOWATN), Ebute Jetty zone in Ikorodu, Ayomikun Aworetan, yesterday said the hyacinth has become a “nightmare” to budding water transportation business in the state.
He said with the impediments to operation, his members were beginning to use more fuel (petrol) during tedious operations, with engines wearing out more quickly. Both impacts are eating deep into the turnover.
His words: “We have been suffering all these years, but it seems to be more this time. With water hyacinth, we make no gains. It is not because we are not operating but because of the extra cost we have to incur, which runs into millions of naira.”
Aworetan pointed at three abandoned boats at the shore that recently had their engines damaged by the hyacinth. Each new engine (Yamaha 200HP) replacement from Ladipo auto spare-parts market costs N4.2 million or N1.2 million if it is fairly used, otherwise called Tokunbo.”
The Guardian observed that manoeuvering through the hyacinth bed could be likened to driving a car through sticking mud. Thick smoke clouds behind the boat as the engine roars with struggle through the obstacle. “Where the engine does not breakdown in the process, it would have gulped extra 30 or 40 per cent fuel and oil, putting pistons and rods at risk,” Aworetan said, pleading.
“We want the Nigerian Inland Waterways Authority (NIWA) and Lagos State Waterways Authority (LASWA) to come to our aid to improve our operations.”
When The Guardian visited the Ebute Jetty in Ikorodu, a water hyacinth evacuation machine, otherwise called water harvester, was at work, but was overwhelmed by the bulbous plant that kept crowing the jetty.
The challenge notwithstanding, fares have not changed. A one-way ride from Ikorodu to Victoria Island, Marina, Ebute Ero or Apapa costs N600 on locally-made fibre boat or N900 on a standard boat for the executive class.