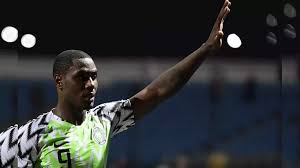 Super Eagles coach, Gernot Rohr has picked Al Shabab forward, Odion Ighalo among the forwards who will prosecute the group stages of the World Cup qualifiers for Nigeria.

Owngoalnigeria.com gathered from sources close to the coach that Ighalo, who quit the team in 2019, after finishing as top scorer at the Africa Cup of Nations, is open to the idea of returning to the team.

Rohr has penciled him down for the first qualifiers, which is in June but could leave him out till subsequent games owing to the fine form of the forwards in the team at the moment.

The coach is banking on the trio of Kelechi Iheanacho, Paul Onuachu and Victor Osimhen to provide the goals but if one of the trio is missing, he will bring back Ighalo to add some experience to the squad.

“I can tell you that Ighalo is in the 50-man list for the World Cup qualifiers but his inclusion will depend on injuries to one of the trio of Osimhen, Iheanacho and Onuachu. They are his preferred trio,” a close associate of the coach disclosed.

“If any of them is absent then for experience sake, he will instead invite Ighalo. The other guys doing well like Sadiq Umar and Terem Moffi have no experience at this level and in World Cup qualifiers it matters. Simy Nwankwo’s case is a bit different because the team has moved on but he will still get his chance.”