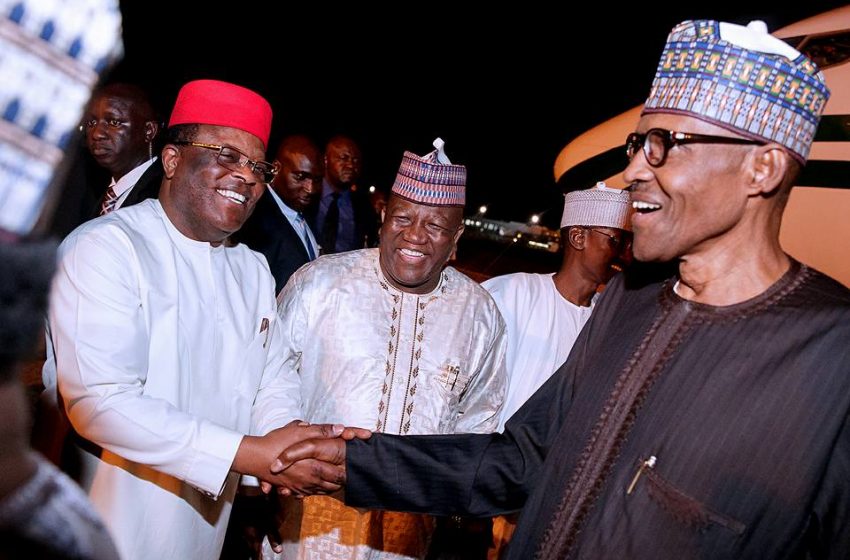 President Muhammadu Buhari has declared the resolve of the Federal Government to take over the management of the King David University of Medical Science and Technology in Ebonyi State.

The tertiary institution is located at Uburu community, the hometown of the State Governor, David Umahi.

Buhari,  reports, made this announcement while addressing stakeholders and political leaders during his two-day visit to the State.

The President, who appreciated the governor for his recent defection from the main opposition Peoples Democratic Party, PDP, to the governing All Progressives Congress, APC, said it was a wise decision.

Buhari said, “I was in Ebonyi State in 2017 in the second quarter of my first administration, for the foundation laying ceremony of the shopping Mall and other projects, and I was given a warm reception.

“Ebonyi State government, led by David Umahi did not make any mistake in defecting from the PDP to the ruling All Progressive Congress, APC. And, I commend him (Umahi) for joining the party in the centre to move the State forward.

“I have decided to take over the King David University of Medical Science and Technology located in Uburu community to become a Federal facility. The process of the takeover will commence very soon.”

In his response, Umahi expressed gratitude to Buhari for coming to Ebonyi, especially in 2017 when he was in the opposition PDP.