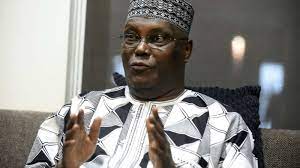 The Peoples Democratic Party (PDP) is expected to announce its vice-presidential candidate in 48 hours.

The party’s National Chairman, Iyorchia Ayu, disclosed this shortly before meeting with members of the committee set up to assist the party’s presidential candidate, Atiku Abubakar, choose a running mate.

The panel, comprising former and serving governors, members of the party’s National Working Committee and members of the Board of Trustees, was established last week.

They are meant to come up with a running mate for the party’s flag bearer, Atiku Abubakar, by the end of the week.

News reporters reported how Mr Abubakar emerged the PDP’s presidential candidate after Aminu Tambuwal, the Sokoto State governor, withdrew from the race – giving him an edge over Nyesom Wike, who was also in the race.

This newspaper also reported how the party is currently torn between Mr Wike and Delta State Governor, Ifeanyi Okowa, as the vice-presidential candidate.

However, at Tuesday’s meeting, Mr Ayu said the party will announce its running mate in 48 hours and present them to Nigerians.

He said Mr Abubakar had written the panel, as the administrative arm of the party, on the choice of his running mate.

He also noted that the Governors’ Forum, the National Assembly and NWC are represented in the panel.

“I wish you a successful deliberation and I hope you come up with a conclusion between tomorrow and Friday.”

Tuesday’s meeting is in furtherance of consultations “aimed at arriving at a choice which Nigerians would be glad to elect into office.”

The party has until Friday, as stipulated by the electoral umpire, INEC, to submit the names of its presidential candidates and their running mates.