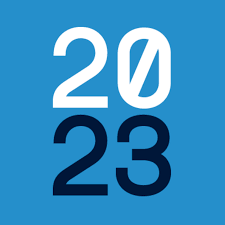 Southern and Middle Belt leaders have asked the two leading political parties in Nigeria, the Peoples Democratic Party (PDP) and the All Progressives Congress (APC) to zone their 2023 presidential tickets to southerner candidates.

They urged the federal government to heed the genuine and reasonable nationwide calls for a transparent national dialogue as well as take urgent steps to restructure and birth a new constitution.

While they warned that proper elections in 2023 might not be possible if the security situation is not dealt with, the leaders condemned the cavalier attitude of the federal government towards the resolutions of the southern governors’ ban on open grazing and the need to restructure the country.

The leaders under the aegis of the Southern and Middle Belt Leaders Forum (SMLF) stated this at an expanded meeting held in Abuja with the theme, “State of the Nation and the 2023 presidential election.”

Rising from their meeting, the leaders, in a jointly signed communique read by Bitrus, urged the “federal government to heed the genuine and reasonable nationwide calls for a transparent national dialogue, and take urgent steps towards restructuring and birthing a new constitution; to bring back equitable harmony to the country.”

They Insisted that it is imperative to immediately restructure the country considering the precarious prevailing atmosphere before any further elections.

The leaders also reminded all leading political parties, especially the APC and the PDP and other political parties, that the basis of any viable democracy, especially in a diverse and complex country such as Nigeria, rests in fair and even sharing of power.
They noted that the northern part of the country would have fully enjoyed the office of the presidency, for the full statutory period of eight years by 2023, hence, should yield to the South.
Tags: 2023 presidential tickets to southerner the APC and the PDP