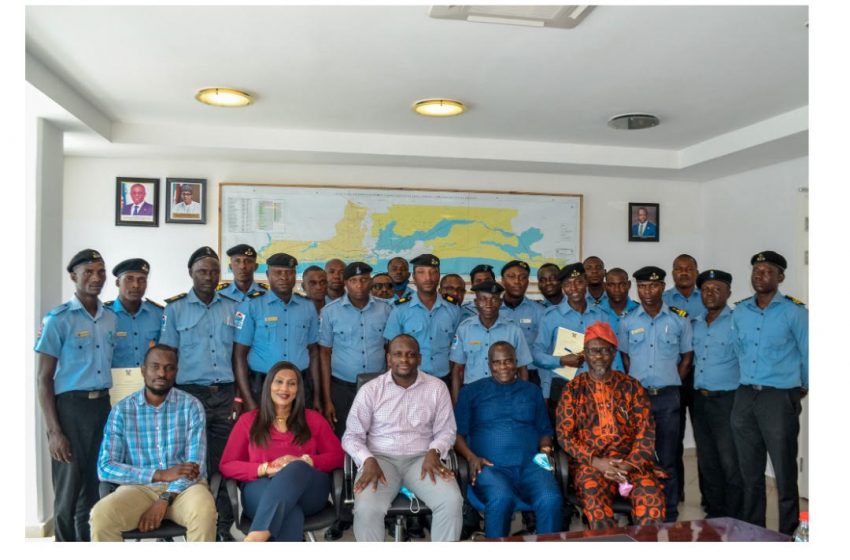 The Lagos State Governor, Mr. Babajide Sanwo-Olu has approved the absorption and employment of water guards working with the Lagos Waterways Authority (LASWA) into the Lagos State Civil Service.

The General Manager of LASWA, Mr. Damilola Emmanuel, who disclosed this during an orientation session for the officers in Lagos, also informed that Governor Babajide Sanwo-Olu had equally approved the employment of additional officers into the corps to ensure effective monitoring of the inland waterways and guarantee waterways users’ safety.

He noted that the officers play vital roles in ensuring that water transport rules and regulations in Lagos are adhered to at all times, adding that the importance of their duties necessitated their full absorption into the State Civil Service.

Emmanuel explained that the Water Guards, supported by the Counter Terrorist Unit (CTU) of the Nigerian Police, collectively patrol the entire waterways network daily, thereby ensuring safety and security of lives and property on the water.

The newly absorbed officers, according to Emmanuel, have undertaken training in Emergency Response, First Aid and Cardiopulmonary Resuscitation (CPR) Administration.

Water Guards Corps is the Law Enforcement Unit of the Lagos State Waterways Authority comprising of officers, who were hitherto on temporary employment before the recent regularisation of their employment by Mr. Governor.