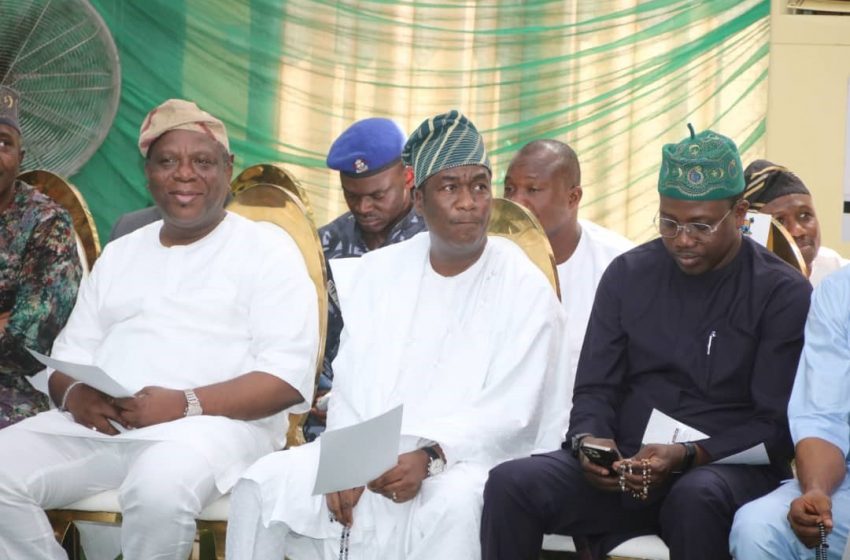 The Governor, who was represented by the Deputy Governor, Dr. Kadri Obafemi Hamzat at a special Jumaat to commemorate the 62nd National Independence Day Celebration on Friday at the Lagos State Secretariat Community Central Mosque, Alausa, Ikeja, urged Nigerians to be astute in their voting and avoid elevating issues that are not necessary.

Mr. Sanwo-Olu said: “The general public should consider what the different candidates have done in their various communities, looking at who has done what before, who has sustained a state and who has raised people”.

He advised Nigerians not to listen to bogus statistics but should consider the plan the candidates have, especially in the areas of security, economic development, social and physical infrastructure provisions.

Bemoaning the religious distractions within the country, Governor Sanwo-Olu stated that the election should be based on capacity and achievements instead of religion and other inconsequential considerations, adding that there is no point in elevating religion rather than the virtues required of productive leadership.

“If we can put our lives in the hands of doctors without asking for their religion before surgery why then are we neglecting what we are supposed to do and doing otherwise in the name of religion”, the Governor stated.

He admonished Nigerians to seek to fix the country and make it better, reiterating that every developed nation has been lucky to have good leaders at a point in time and Nigeria cannot be an exception. He cited Singapore having Lee Kuan Yew or America having Abraham Lincoln at the right time which led to the rapid development of the two countries.

The Governor, however, thanked Allah that at the 62nd National Independence, the country is intact and prayed that Nigeria does not miss the opportunity of choosing a good leader this time around, while praying that peace and harmony should continue to prevail among Nigerians, especially during and after the forthcoming general elections.

Earlier in his sermon, Sheikh Saheed Abdul Razak Aro admonished Nigerians to be more responsible in their deeds, adding that the citizens have roles to play in the development of the country just like the government.

The Sheikh stated that individual issues cannot be associated with government shortcomings, exemplifying that a 16-year-old child who engaged in ritual killings is an individual problem and not a creation of the government.