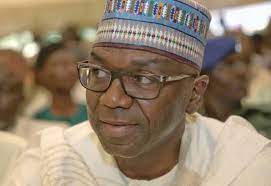 Kwara chapter of Nigeria Union of Local Government Employees (NULGE) has said that Governor AbdulRahman AbdulRazaq is not interfering with the management of allocations to the local government councils in the state.

“NULGE Kwara State chapter wishes to inform the general public and most especially Kwarans that Governor AbdulRahman AbdulRazaq is not stealing local government fund as captured in a report credited to our national president Alhaji Ambali Olatunji Akeem.”

Rafiu said the misleading report has also been refuted by the NULGE President.

“We assert that neither the Governor nor the state government is interfering in the management of local government funds,” the NULGE Secretary added.

The state chapter of the union meanwhile joined the national secretariat of the NULGE to reject a bill to delist local government from the Nigerian constitution, describing the proposal as “outrageous.”