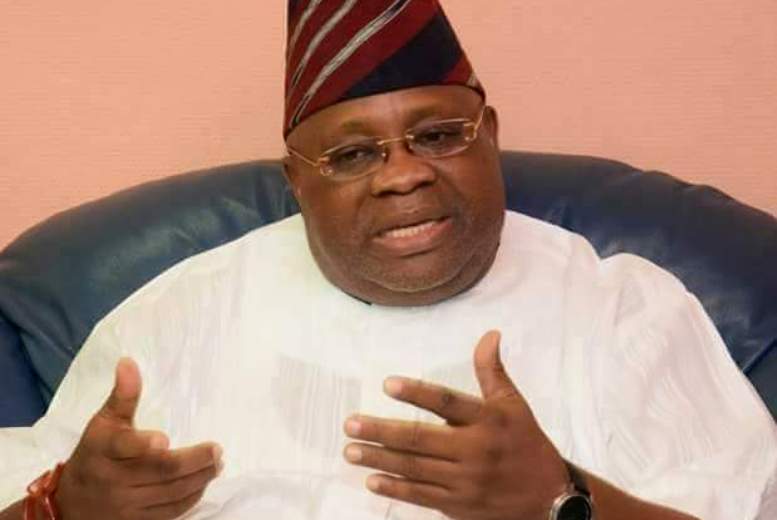 This is as Prince Dotun Babayemi emerged winner of a parallel exercise held at the WOCDIF centre also in he state capital.

“Any other primary held outside this place is invalid and will not be recognised. The crown is here, the palace is here and the authority is here. Any exercise not done here cannot be recognised”, he said.

In his acceptance speech, Senator Adeleke urged other aspirants to join hands with him to rescue the state from the misgovernance of the All Progressives Congress, APC.

“No victor, no vanquished. We are all winners. Let work together to rescue people of Osun state from the current APC government. The good people of Osun state have suffered enough under the current APC government. Pensioners are dying everyday. Salaries are not being paid as and when due. Our roads are in terrible state of disrepair. No portable water.

“Many of our communities are in darkness because of lack electricity, no employment for graduates, non conducive environment for self employment. I call on everyone to work together with the good people of Osun state and by the grace of God, PDP will win on the 16 of July, 2022”, he said.