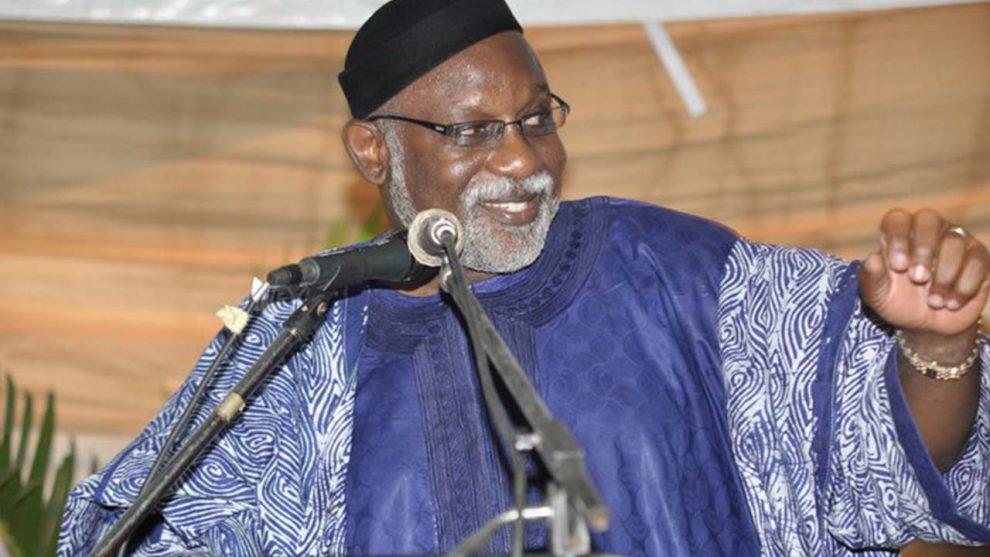 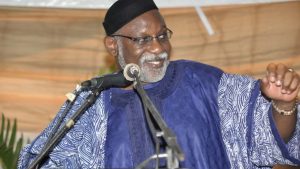 Change is here, says Akeredolu as INEC declares him winner

Ondo State Governor-elect Oluwarotimi Akeredolu yesterday promised not to fail the people when he assumes office on February 24.
Akeredolu, the candidate of the All Progressives Congress (APC), made the pledge in his acceptance speech read at his home in Owo amid jubilation after the Independent National Electoral Commission (INEC) declared him winner of Saturday’s election.
Returning Officer and University of Ilorin Vice Chancellor Prof. Abdul-Ganiyu Ambali, who announced the result around 1.20pm, said Akeredolu polled 244, 842 votes to beat Peoples Democratic Party (PDP) candidate Eyitayo Jegede with 150, 380 votes and Alliance for Democracy (AD) candidate Olusola Oke, who scored 126, 889.
APC won in 14 Local Government Areas. AD won in two (Ilaje and Okitipupa) and PDP in Ondo East and Ondo West councils.
The APC won in Akure North, Akure South, Ile Oluji/Oke-Igbo,
Ifedore, Ose, Akoko South West, Akoko South East, Akoko North East,
Akoko North West, Owo, Idanre, Irele, Ese-Odo and Odigbo Local Government Areas.
The Returning Officer said of the 1, 647, 973 total registered voters, only 584, 997 were accredited. There were 551,272 valid votes and 29, 615 votes were rejected.
“Having polled the highest number of votes and having satisfied all requirements, I hereby declare Oluwarotmi Akeredolu the governor-elect of Ondo State,” Ambali said.
Akeredolu praised President Muhammadu Buhari “our national leader” and the “principled” National Chairman of APC, Chief John Odigie- Oyegun and members of the National Working Committee (NWC).of the party.
He said: “I wish to express my profound gratitude, first, to the Almighty God whose infinite grace has allowed us to see this day.
”This victory is of God through the people. It is not for me or the APC alone; it is a victory for the people of Ondo State, irrespective of which side of the divide you stood during the election. For me, it is a challenge to perform. It is a call to rescue our state and reverse it fortunes.
”I thank the people of my dear state for their steadfastness. I have heard their messages throughout the campaign to all the nooks and crannies of the state. Today, you have spoken with one voice. You have walked your talk. You have voted for me as your governor for the next four years.
”Today, change has come. I hereby make a solemn pledge that this collective mandate shall address all issues with keen determination. The welfare of our people alone shall be the directive policy of the government.
Today’s victory is a confirmation of the willingness and readiness of the people of Ondo State to change and seek a better life. I thank you for your faith and confidence in me. I thank all those whose uncommon sacrifice, contributed in no small measure to the success of the exercise. A special show of gratitude must be extended to our security agents for their patriotic duty.
”I shall in few months be saddled with the task of providing responsible leadership, a leadership that would take our people from poverty and stagnation to productivity and prosperity, from pains and lamentation to joy and laughter.
”It is the sole reason you have voted for me and by the grace of God I will not fail you.
”There was jubilation in many parts of the state, especially in Akure and Owo. Members of the APC trooped out to celebrate Akeredolu’s victory. Most of them held brooms and danced round major streets, singing.
Many also converged on the party’s secretariat on Oba Adesida Road and at the Akeredolu campaign office at Oyemekun Road, where they sang and danced.
Residents of Owo took to the streets to celebrate the coming of another indigene as governor.Second Republic Governor of the old Ondo State, the late Chief Adekunle Adekunle Ajasin, hailed from the ancient town. Many APC chiefs besieged Akeredolu’s residence to celebrate with him, among them Senator Tayo Alasoadura, Victor Olambitan, Tola Oworh, Gbenga Adefarati, Olalekan Odere, Wale Akinterinwa, Femi Agagu, Olayemi Omosuyi, Timileyin Adelegbe, Ifedayo Abegunde, Yemi Olowolabi, Saka Yusuf, among others.
Also in Owo yesterday was Minister of Mines and Steel Dr. Kayoode FayemiImmediately, the result was announced, Akeredolu in a convoy joined his kinsmen, who were already jubilating.They moved from Akeredolu’s residence at the Government Reserved Area (GRA), through Fajuyi Road to Ehinogbe, Iloro and ended it at the Palace of Olowo of Owo, Oba Folagbade Olateru-Olagbegi III.
Members of the Boys Brigade were also in the party.
Akededolu’s agent Dr Benson Enikuomehin, said the election was free and fair.
”The result of the election showed that people are against Mimiko and his government. From the result, we could see that in Akure where the PDP candidate comes from, the party lost. Even in Mimiko’s hometown, the PDP won with a slight margin. This is to tell you that the people of Ondo State are tired of Mimiko and his hegemony,” he said.
But Jegede’s agent, Mr. Ayo Fadaka, said INEC was too hasty in conducting the election. According to him, the election was conducted less than 48 hours after Jegede was declared the PDP candidate.
Fadaka alleged that “some individuals were used to truncate the future of the people of Ondo State by teaming up to work against the common interest of the people.”
“They came to Ondo to work against us and eventually gave our government to the APC.”
He said Jegede and the party would consult widely and decide on the next step to take, adding that “for now, we have not decided on what to do as a political party, but as time goes on, we shall take appropriate action.”
”INEC collaborated with the judiciary to deprive the good people of Ondo State good government, which the Olusegun Mimiko administration has ensured in the last eight years. Knowing full well that the electoral body has up to January, next year to organise the election, INEC still went ahead to conduct the election despiteunfavourable conditions,” Fadaka said.