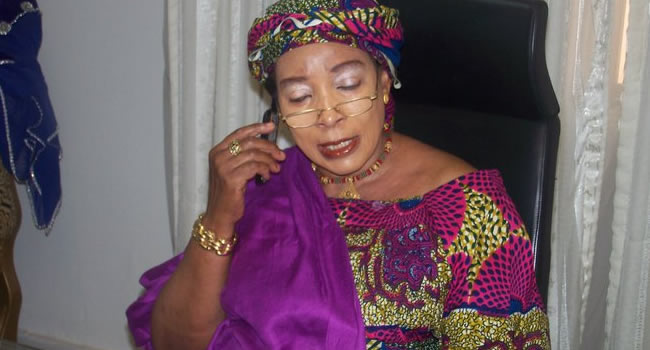 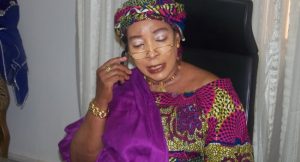 Former Vice President Atiku Abubakar’s wife, Titi has told an Ikeja High Court how a former governorship aspirant in Akwa Ibom State, Nsikakabasi Akpan-Jacobs, allegedly defrauded her.
She narrated to the court presided over by Justice Oluwatoyin Atinuke Ipaye how the defendants allegedly went to the Corporate Affairs Commission (CAC) and altered a share arrangement in their favour.
Nsikakabasi Akpan-Jacobs, Abdulmalik Ibrahim and Dana Motors were arraigned by the Economic and Financial Crimes Commission (EFCC) on a 15-count charge bordering on conspiracy, stealing and fraudulent conversion of property belonging to THA Shipping Maritime Services Ltd.

The company allegedly belonged to Mrs. Atiku, Dan and Fred Holmes both working for Julius Berger at the time. She said: “The first defendant was introduced to me in the villa when we were in the service. He said he was looking for a contract, but I told him I didn’t have any contract to give him. ‎But I introduced him to SUDORIN. So, he admitted he would do the job. I trusted him for being a pastor.”
She further explained to the court that the company was formed in year 2, 000 with 49 per cent shares to her, 25 per cent to Holmes and 25 per cent to Akpan-Jacobs.
Akpan-Jacobs, who doubled as the company’s managing director and secretary, was however, alleged to have gone to the Corporate Affairs Commission where he altered the share arrangement in his favour.
Mrs. Atiku also told the court how the defendants had forged a company board resolution re-distributing the share ownership giving himself 70 per cent, 15 per cent to Mrs. Atiku and 15 per cent to Holmes.
“With the share re-distribution, Akpan Jacobs assumed full ownership of THA Shipping and subsequently sold a company property worth N918 million to Dana Motors Nigeria Ltd.
“Akpan-Jacobs, a pastor, used the proceeds from the sale of the company’s property to contest for the governorship position in Akwa Ibom State.”
She therefore lamented that her investment in the company had gone down, adding that her interest in coming to the court was to ensure that justice was done.
“I have never been inside a court before. Not even a police station in all my life. I am here because I want justice. All my investment and even profit are gone. I want this to serve as a deterrent to other fraudsters that they can’t defraud people and not face justice,” she said. After listening to her testimony, the judge subsequently adjourned further hearing till December 15, 2016.