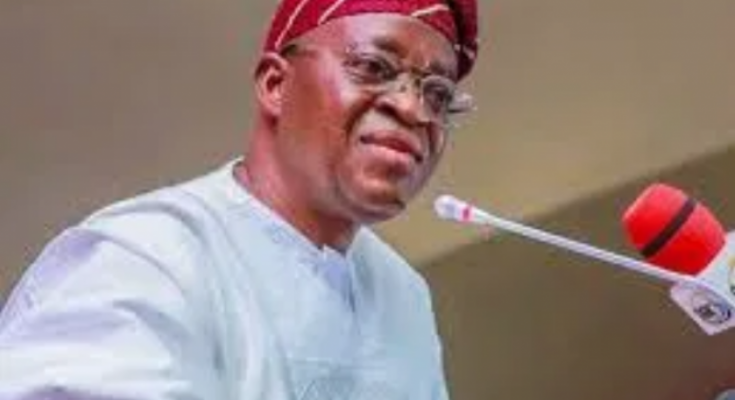 Following the emergence of Osun State Governor, Adegboyega Oyetola, as the winner the primary election held over the weekend, All Progressives Congress (APC), South West governors have congratulated the governor.

The governor defeated Moshood Adeoti, an aspirant backed by Rauf Aregbesola, minister of interior, and Yusuf Lasun, a former deputy speaker of the house of representatives, to win the ticket on Saturday.

Speaking on behalf of the governors, Chairman of the APC Southwest Governors Forum, Rotimi Akeredolu said the meeting was called to discuss some matters of interest to the party and to rejoice with Osun State Governor, who won his primary election last weekend.

“we came out of the APC Southwest Governors forum meeting to discuss our position on a few things. But most importantly, all of us decided to meet to jointly congratulate our colleague, the governor of Osun State who recently won his primary election in a manner we expected. All of us are happy for him and that’s why we all stayed long to discuss, throw banters and share happy moments with him.”

The Forum Chairman said the APC Southwest Governors’ position on the postponement of the national convention of the party, will be made known at an enlarged meeting of the party, which will be held later in the evening.