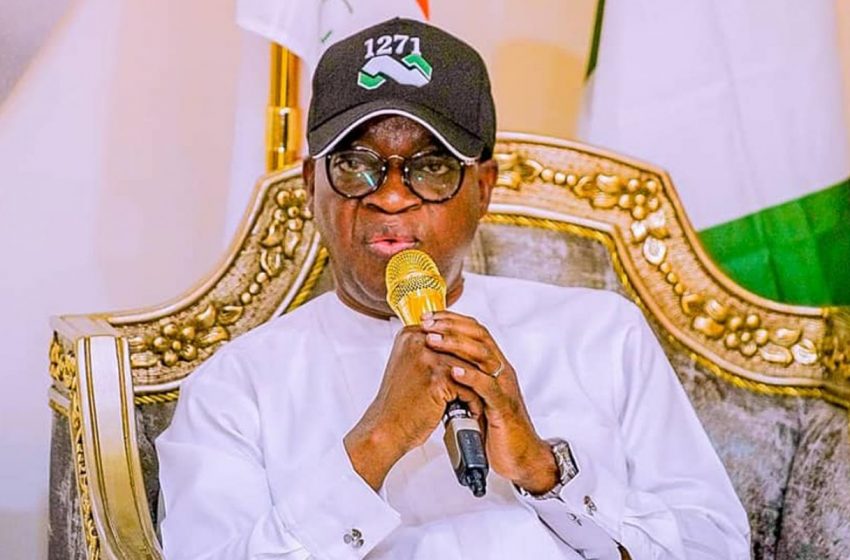 Co-chairmen of All Progressives Congress (APC) National Campaign Council for Osun governorship election, Governors Babajide Sanwo-Olu and Abdullahi Ganduje of Lagos and Kano states, as well as National Secretary of the party, Senator Iyiola Omisore, have expressed confidence that the incumbent chief executive officer, Adegboyega Oyetola, would win the July 16 contest by a landslide victory.

The trio maintained that Oyetola would emerge victorious at the first ballot, noting: “There is no room for inconclusive election this time around.”

They spoke, yesterday when the Oyetola re-election campaign trail moved to the Odo-Otin Local Government Area of the state.

Speaking at the palace of Olokuku of Okuku, Governor Sanwo-Olu said the entire APC structure was aware of the “outstanding performance of Oyetola, hence the commitment to ensure his re-election for a second term.”

He added that Oyetola had performed creditably well to deserve another term to sustain the good works he had started.

His words: “We have come to support your son, a governor, who is a pride among governors. This is a man whom God has blessed with deep wisdom and wealth of experience, no wonder he is doing wonderfully well. We are proud to be associated with him, and he is an example to many of us.

“We have come to show you that he is not alone on this journey. By the grace of God, Oyetola will be re-elected come July 16.

“This election is one that is projected to bring progress to Osun and to Nigeria as a whole. So, we expect Governor Oyetola’s re-election to come with ease and landslide victory.”

On his part, Governor Ganduje said the leadership and members of the party were resolute to deliver Osun for APC.

“We are here to give maximum support to our brother, your son, Governor Oyetola. From what we have heard and seen, he has performed excellently well in all sectors and God has used him to bring social development to Osun within the three and a half years he has been administering the affairs of the state,” he said.

Also speaking, Senator Iyiola Omisore and National Women Leader of the APC, Dr. Betta Edu, said the party had put in place mechanisms for free, fair and credible elections, stating that victory was assured for the ruling party.