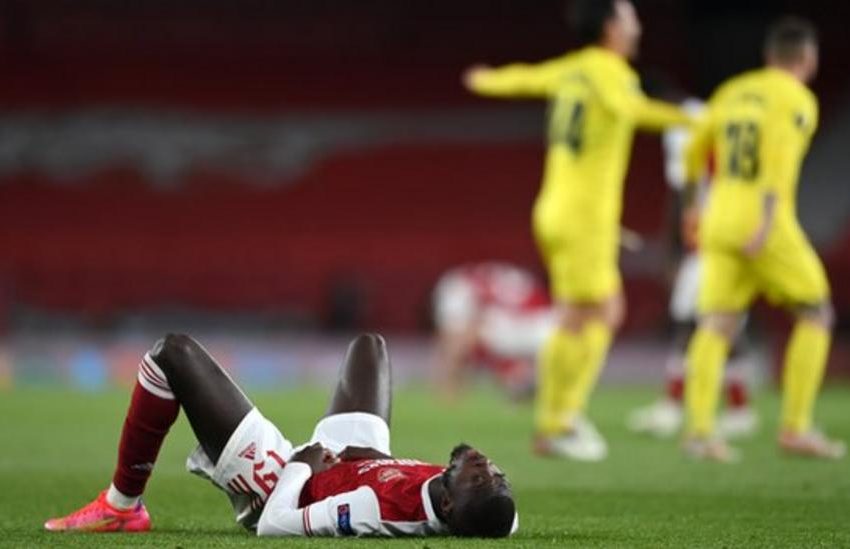 Arsenal’s failure to score against Villarreal at Emirates Stadium on Thursday – and the Europa League exit that resulted – has repercussions.

Sat ninth in the Premier League, the Gunners’ season is now effectively over with little to show for it, and their proud record of having competed in continental competition for the past 25 seasons is likely to end.

There will be question marks over the future of many players, the manager’s position and – judging by the fan protests that were once again staged outside the ground prior to kick-off – no end to the pressure on the club’s owners.

Here, BBC Sport gathers reaction from the manager, players, pundits and more to gauge the mood after a disastrous night for Arsenal and asks where the club goes from here.

“We tried everything until the last minute,” Arteta told BT Sport in his post-match interview. “We have to congratulate Villarreal. I think we deserved to win the game but the details define these ties. We had three big chances, they didn’t have anything but they are through.

“We are devastated. Really disappointed.”

Arsenal did indeed hit the post twice through Pierre-Emerick Aubameyang, while Emile Smith Rowe and Nicolas Pepe curled shots wide, but such moments were too few in a display that was strangely passive for long periods.

Arteta felt there were mitigating circumstances, not least of all a lack of match fitness in key players, including Aubameyang following his bout of Malaria and Kieran Tierney, who replaced Granit Xhaka at left-back after he was injured in the warm-up.

Arteta, who admitted everybody’s job is now under scrutiny, said: “It’s various things. The way we started in Villarreal wasn’t good enough. We didn’t arrive here in the best moment with everyone in their best condition. For 90% of them it was their first semi-final and we have to learn.”

“It’s very hard for all of us,” the German told BT Sport. “Also for the fans. We are all sad. Hopefully we can make next season better than this season but this season isn’t over and in our final four games we must fight for this club and show that we love this club.”