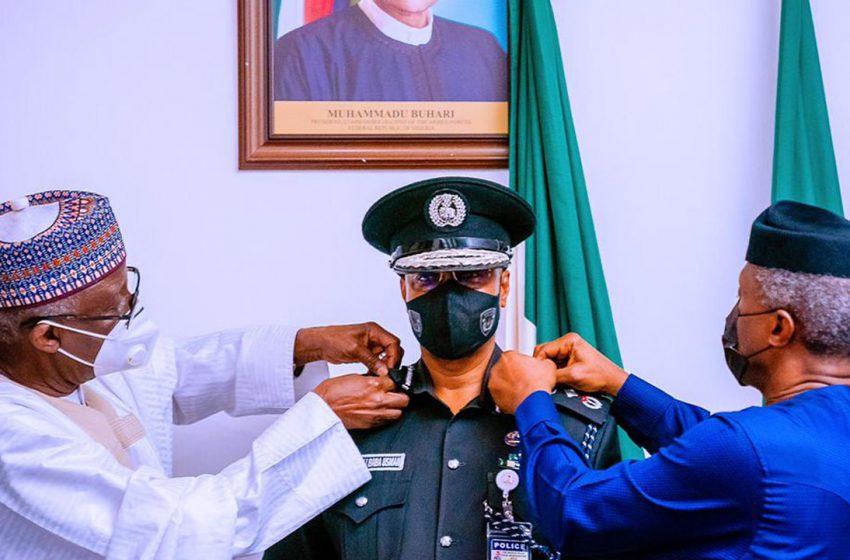 On Tuesday, 58-year-old Usman Alkali Baba was named the Acting Inspector General of Police, taking over from Mohammed Adamu, whose tenure had expired in February. This was followed by his decoration by the Vice President, Yemi Osinbajo at the State House, Abuja, on Wednesday.

Not oblivious of the litany of security challenges confronting the nation and the weight of expectations by Nigerians from his office and the Nigeria Police Force he is to lead, Baba said the police under his leadership would improve the security situation in the country. He also promised to prioritise community policing.

Baba swiftly pledged to confront “increasingly complex and pervasive security threats” in the country. He listed some of those threats to include terrorism, banditry, kidnapping, secessionist agitation and sundry organised crimes.

According to him, the contrabands seized were bags of smuggled foreign parboiled rice, unregistered pharmaceutical drugs, foreign soaps, and tomato paste.

He said: “The detained and seized items include: 2,976 bags of 50kg each of foreign parboiled rice, 1,024 cartons of Colcaps medicament without NAFDAC certification, 290 cartons of foreign Eva soap, 204 Cartons of foreign tomatoes paste, 130 Jumbo bales of used clothing.

“Others are 5,200 live ammunition cartridges, 6 exotic vehicles, one Toyota land cruiser bulletproof 2019 model without an end-user certificate from NSA, a Toyota Hilux 2020 model, a Toyota Corolla 2018 model among others.

“This feat wouldn’t have been possible without the logistics support from the Comptroller-General of Customs, Col Hameed Ibrahim Ali (rtd) and the entire Management of the NCS,” he said.