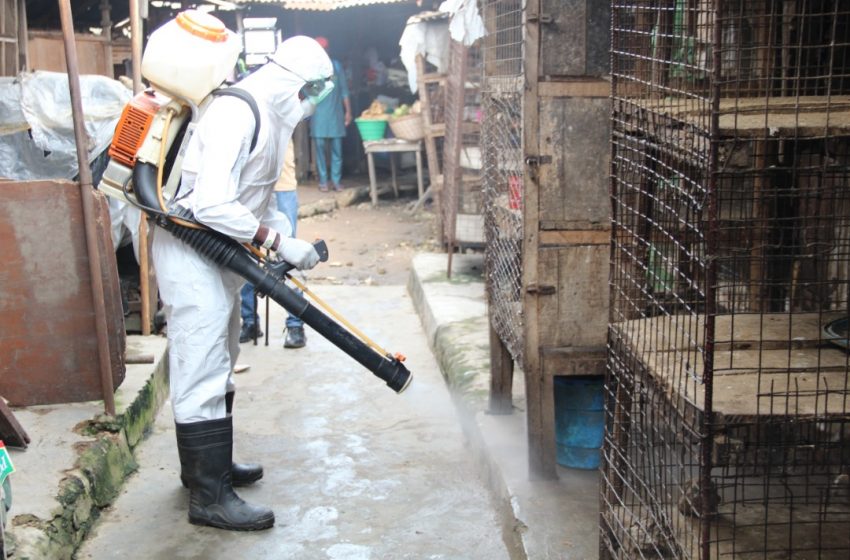 The Lagos State Government has commenced the decontamination exercise of 35 major bird markets in the State to prevent Avian Influenza and other poultry diseases.

Speaking on the exercise, the Commissioner for Agriculture, Ms. Abisola Olusanya noted that the decontamination is, among other things, to serve as a proactive and preventive measure against the outbreak of avian influenza and other bird-borne diseases.

Olusanya said: “The Lagos State Government is not only a proactive Government but a firm believer in the maxim that prevention is better than cure, and that is why from time to time, in collaboration with the Federal Government, we go around the length and breadth of the State to decontaminate the bird markets and prevent the outbreak of bird diseases like Avian Flu”.

“Another thing we do during the exercise is to educate as well as enlighten the bird sellers on practical ways to take better care of their birds and the latest practices in bird rearing and selling. These pep talks have gone a long way to reducing the spate of death among birds in Lagos State”, she added.

Dr. Sito Modupe, Veterinary Epidemiologist, Federal Ministry of Agriculture and Rural Development, disclosed that the purpose of the decontamination exercise is to prevent the introduction of disease causative agents which could be viruses, bacteria and fungi among others.

She advised bird sellers that, aside from the decontamination exercise that is being carried out by the Government, they should also try to make sure they employ bio-security measures which include the changing of cages from wooden to steel or plastics so that they would be easier for them to clean and disinfect.

In her remarks, the President of the live birds market in Lagos State, Chief (Mrs.) Aminat Olusola Ojosa commended the Lagos State Government and the Ministry of Agriculture for sustaining the tempo of the decontamination exercise and also giving practical lessons and technical know-how to bird sellers in Lagos State on how they can take better care of the birds and thus reduce the spate of deaths among them.

The first phase of the bird markets decontamination exercise commenced at the Awolowo market in Mushin on Tuesday.