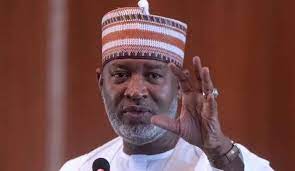 The foreign exchange and fuel crises that have plagued the aviation sector seem to have led to a decline in the sector’s contribution to the Gross Domestic Product by 61.47 per cent.

The nominal GDP output of the sector crashed from N84.73bn in the first quarter of 2022 to N32.65bn by the second quarter of the year, according to the latest Q2 2022 GDP data from the National Bureau of Statistics.

There have been serious concerns over millions of dollars earned by foreign airlines operating in the country, which they could not repatriate due to the foreign scarcity.

There have also been concerns around the rising cost of aviation fuel, which has made cost of operations high for domestic airline operators.

Domestic and international airlines operating in the country have been raising airfares and reducing flights due to these crises.

The Chairman, United Nigeria Airlines and spokesperson for Airline Operators of Nigeria, Prof. Obiora Okonkwo, in an exclusive interview with Reporters, noted that domestic airlines had been struggling with high operation costs due to the hike in aviation fuel.

He also noted that the lack of adequate forex from the Central Bank of Nigeria had pushed airline operators to get forex from the black market at high costs.