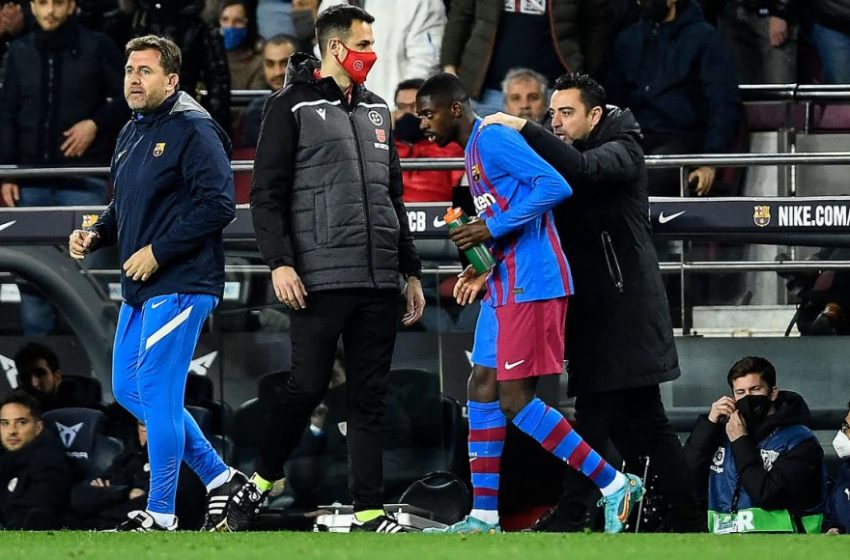 Trailing Real Madrid by 15 points in La Liga after going out of the Champions League in the group stage and the cup in the last 16 would usually amount to a full-blown crisis at Barca, regardless of whether they go on to win the Europa League in May.

Yet two-and-a-half years of relative mediocrity have vaporised once-high expectations while a stream of big-name departures, including Lionel Messi to Paris Saint-Germain, have hammered home the stark reality of the club’s financial crisis.

Xavi Hernandez certainly benefited from those reduced expectations during the first few weeks of his tenure, when glimpses of progress were crowded out by a trudge of uninspiring performances, the like of which would not have looked out of place under his predecessor Ronald Koeman.

“It’s proving harder than we thought,” Xavi said in December.

Like Koeman, though, Xavi enjoyed a wave of goodwill early on and still does, with support and optimism offered to him more readily by fans because so many hope he can be the ideological successor to Pep Guardiola.

But in recent weeks there has been good reason for a sudden surge of excitement at Barca, who sit fourth in La Liga ahead of Sunday’s game at 13th-placed Elche.

When Xavi took charge in November, Barcelona were ninth, a leaky defence made all the more costly by a stuttering attack.

With 13 games left, they will be third if they win their game in hand over Real Betis and it is still not inconceivable they finish second by overhauling Sevilla, who are nine points ahead, having played a game more.