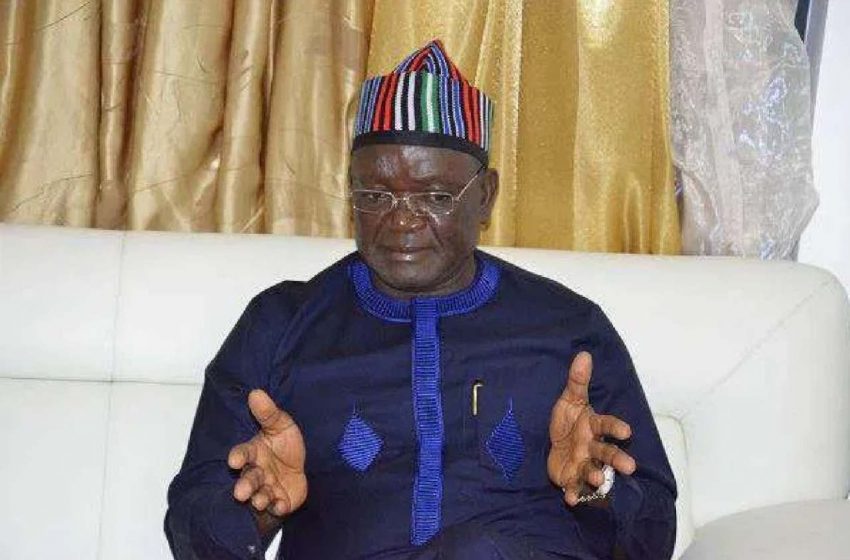 Bauchi State Governor, Bala Mohammed has blamed his Benue State counterpart, Governor Samuel Ortom, and his ‘lack of foresight’ for the negative perception of Fulani herders in the country. Speaking on the theme “The role of the Media in Promoting Peace and Unity in Nigeria”, which marked the closing ceremony of 2021 Correspondents’ Chapel Week organized by Correspondents’ Chapel of the Nigeria Union of Journalists, Bauchi State council, the governor lamented that the herder/farmers cattle was poorly handled by Benue state governor. He cautioned Ortom and some governors of southern states to guard against their controversial utterances and policies in order not to threaten the peace and unity of the country. READ

Lawan He said: “Unconstructive criticisms bring a lot of hatred and sometimes we are quick to go to the press on issues that are dividing us. I will tell you something that I tell my colleagues about the farmers-herders clashes in Nigeria: He (Governor Ortom) started all these. “If you don’t accommodate other tribes, there will be challenges because we also accommodate other tribes in Bauchi and other places. We have many Tiv people farming in Alkaleri, Tafawa Balewa, and Bogoro in Bauchi State. Has anybody told them to go? No, because they have inalienable rights to be here. “We have people living in Bauchi for over 150 years, even before the birth of Nigeria.

Nobody is talking to them to go and some of them have risen to become Permanent Secretaries in governments of Bauchi, Borno, and so on.” “You have seen what our colleagues in the southwest and southeastern states are doing. We have told them with all modesty that they are wrong. But the person that is most wrong is my brother and colleague Governor of Benue State, Governor Ortom,” he said.

The governor further lamented that pastoralists in the country, particularly Fulanis are being maligned even though most of them have become victims of cattle rustlers who have dispossessed them of their commonwealth and they ‘have no option than to carry AK47 because the society and the government are not protecting him’. “Something that is so bad and can destroy us, something that is threatening the peace and unity of the country, we must not toy with it. In this regard, I must commend the Governor of Plateau State, Governor Simon Lanlong for promoting the peace of the country.

“Despite Lalong’s minority’s background, he is leading the northern governor’s forum, Lalong is focused and unity driven. We need people like Lalong because the fights between herders and farmers in Plateau State have stopped because of justice and equity, because of patriotism and community engagement, and fostering understanding between the diverse ethnic groups and that is what we are doing in Bauchi. Everybody is important and so the media must make sure they promote unity and peace of the country,” he added. Earlier in his address, Chairman of the Correspondents Chapel, Ahmed Mohammed, cautioned journalists against misusing their constitutional power to promote disunity and disaffection among Nigerians.

“I want to yet again appeal to my dear colleagues to be cautious in their reportage. One wrongly-worded headline can spark a fire that may burn down the entire nation or cause irreparable damages to the society or the person(s) affected. You may feel that he can retract a story, but news stories are like oil, you can attempt to wipe the spill but you may never get it all back,” the Chairman said.