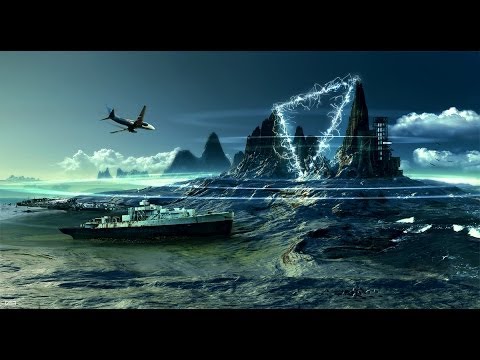 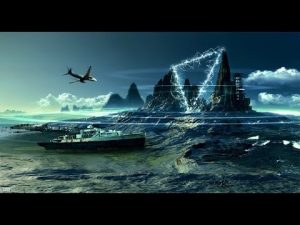 Hexagonal clouds creating terrifying air bombs with winds of 170mph could be behind the mystery of the Bermuda Triangle.
Scientists have claimed the stormy blasts can flip ships into the sea and bring planes crashing down into the sea.
The mystifying 500,000km square patch in the North Atlantic Ocean has been blamed for the disappearance of at least 75 planes and hundreds of ships, but the oddly-shaped clouds may hold the secret to the vanishing acts.
The winds created by the so-called air bombs are so powerful they generate 45ft high winds.
Meteorologist Randy Cerveny told the Mirror: “These types of hexagonal shapes over the ocean are in essence air bombs.

“They are formed by what are called microbursts and they’re blasts of air that come down out of the bottom of a cloud and then hit the ocean and then create waves that can sometimes be massive in size as they start to interact with each other.”
Researchers added massive clouds were appearing over the western tip of Bermuda Island – ranging from 20 to 55 miles across – and Dr. Steve Miller, satellite meteorologist at Colorado State University told Science Channel’s What on Earth said: “You don’t typically see straight edges with clouds.
“Most of the time, clouds are random in their distribution.”
Scientists believe these weather phenomenons are behind the Bermuda Triangle mystery, according to the Mirror.