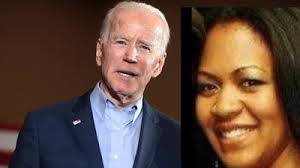 The incoming President of the United States of America, Joe Biden has appointed Nigerian-born Funmi Olorunnipa Badejo into his cabinet days before the inauguration of his government.

In a statement on the Biden-Harris transition website, Badejo (who served as ethics counsel in the same office toward the end of the Obama administration) was general counsel of the house select subcommittee on the coronavirus crisis which was chaired by James Clyburn, house majority whip.

“Her prior government service includes serving as Counsel for policy to the Assistant Attorney-General in the Civil Division of the U.S. Department of Justice, Ethics Counsel at the White House Counsel’s Office and Attorney Advisor at the Administrative Conference of the United States during the Obama-Biden administration,” the statement read.