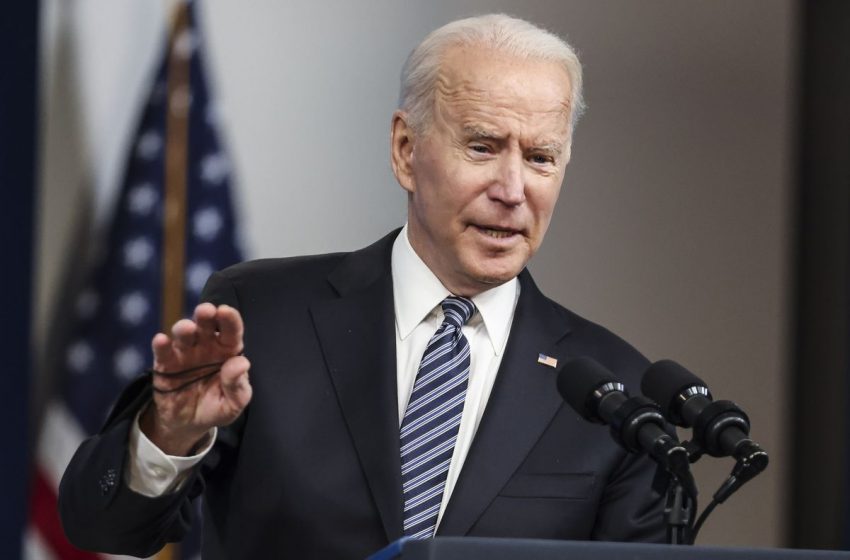 United States President Joe Biden’s position on Trump’s order has been closely watched by Wall Street and Capitol Hill, where legislators from both parties have called for a strong stance against China about issues ranging from trade to human rights.

President Joe Biden signed an order Thursday amending a ban on U.S. investment in Chinese companies begun under his predecessor, naming 59 firms with ties to China’s military or in the surveillance industry, including Huawei Technologies Co. and the country’s three biggest telecommunications companies.

The ban on new investments will take effect Aug. 2 at 12:01 a.m. in New York, according to administration officials who briefed reporters on condition of anonymity. Investors will have one year to fully divest.

Biden’s order is largely a continuation of a policy issued by former President Donald Trump that was challenged in court and confused investors over the extent of its reach to subsidiaries of blocked companies. Biden’s position on Trump’s order has been closely watched by Wall Street and Capitol Hill, where lawmakers from both parties have called for a strong stance against China over issues ranging from trade to human rights.

Many of the companies in Biden’s order were already on the Trump administration’s list, including the nation’s largest telecoms: China Mobile Communications Group Co., China Unicom Ltd. and China Telecommunications Corp.

Among the defense companies on Biden’s list are Aviation Industry Corp. of China, Ltd., which is one of the best known of the Chinese military giants; China North Industries Group Corp.; China Aerospace Science and Industry Corporation Ltd.; and China Shipbuilding Industry Co.

The Treasury Department released guidance on the penalties later Thursday. Treasury will update the list on a rolling basis, one of the officials said.

Under Biden’s order, the investment prohibitions will apply to subsidiaries of companies only if they are listed by the Office of Foreign Assets Control. The amended order clarifies that the measures will no longer apply to companies whose names closely match the listed entities, the Biden administration officials said.

OFAC’s list will be coordinated with the State and Defense departments. The Pentagon, which is required by Congress to keep a list of companies linked to the Chinese military, is expected to release additional company names on Thursday. Some companies will be listed by the Pentagon and OFAC, the officials said.

The amendment to Trump’s order comes after two Chinese companies successfully challenged it in U.S. court. Biden’s team said a revision was necessary to ensure it was legally sound and sustainable in the long-term.