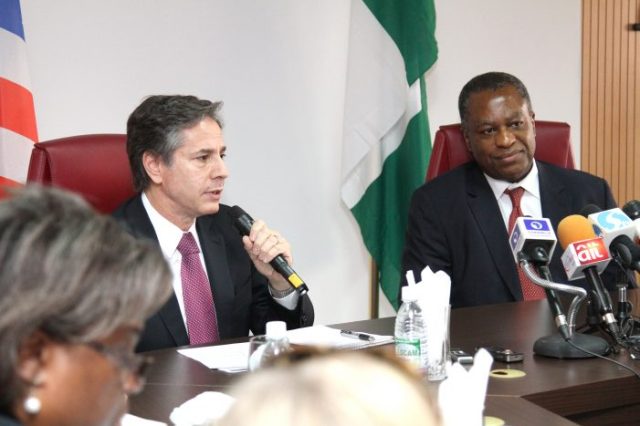 Blinken said in a statement by Mr Ned Price, spokesperson for the U.S Department of State on Tuesday that the U.S considered its relationship with Nigeria a very important one

The statement made available by the U.S. Diplomatic Mission in Nigeria following a phone discussion between Blinken and Nigeria’s Foreign Affairs Minister Geoffrey Onyeama.

“Secretary Blinken outlined a holistic approach to the U.S.-Nigeria partnership based on our shared values of democracy, respect for human rights, and robust people-to-people relations.

“To bring new approaches to combat terrorism in the northeast and provide national security throughout the country，President Biden’s revocation of immigrant visa restrictions on Nigeria is an affirmation of the close ties between Americans and Nigerians,” Price said.

Responding after the discussion via his Twitter handle， Onyeama said he was glad to re-engage with the U.S. Secretary of State and was looking forward to increased cooperation between the two countries.

”Very glad to re-engage, through a very nice phone call with U.S. Secretary of State, @SecBlinken.

“We covered a broad range of bilateral and multilateral issues and look forward to increased cooperation,” Onyeama said.