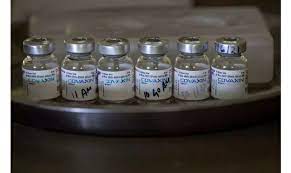 Brazilian federal prosecutors have opened an investigation into a contract worth 1.6 billion reais ($320 million) for 20 million doses of a COVID-19 vaccine made by India’s Bharat Biotech, according to a document seen by Reuters on Tuesday.

Bharat did not respond to a request for comment outside of business hours in India.

The Bharat contract has also drawn scrutiny from a Brazilian Senate inquiry, which called for testimony on Wednesday from the head of Precisa Medicamentos, Bharat’s intermediary in Brasilia.

Justifying the preliminary probe, prosecutors flagged in a document dated June 16 that Precisa’s partners include Global Saude, a company accused of selling but not delivering medicine to the Health Ministry in a case under investigation by police.

Precisa said it had no knowledge of the prosecutors’ probe and it was open to cooperate with Senate investigators. In a statement, the company said its talks with the Health Ministry were transparent and the price of Bharat’s vaccine in Brazil was the same charged in more than a dozen other countries.

The Health Ministry said in a statement on Tuesday that no payment of any kind had been made to Precisa and that its legal department was analysing the case.

Global Saude did not immediately respond to requests for comment.

“The history of irregularities involving partners at Precisa and the elevated price paid for the doses under contract … require deep investigation in both civil and criminal aspects,” wrote prosecutors.

In March, Brazilian health regulator Anvisa rejected a request from the government to import doses of Covaxin, citing concerns about Bharat’s manufacturing standards as well as a lack of safety data and other documentation.

This month, Anvisa’s board agreed to allow the import of just 4 million Covaxin doses for further study of its safety and effectiveness, but the Health Ministry must first sign an agreement with the regulator on key conditions.