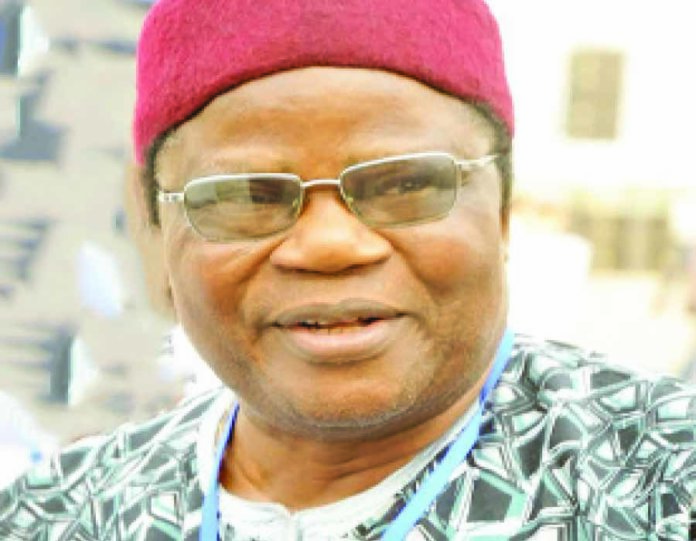 They expressed shock at the death of the former minister and a chieftain of the ruling APC.

Momoh, who served during the military administration of President Ibrahim Babangida died in Lagos after a brief illness.

A source close to the family, who confirmed the demise to Reports last night, said the former minister had been suffering from age-related illness lately.

He went to the Provincial Teacher’s Training College, Abudu, Edo State and Government Teacher’s College, Abraka in Western Region from 1960 to 1961.

Momoh started his journalism career as a sub-editor at the Daily Times in October 1962, rising steadily through the ranks to become editor and deputy general manager.

Buhari, in a message by his spokesman, Mr. Femi Adesina, expressed grief at the passing of his long-time ally, friend and political loyalist.

Buhari said Momoh stood with him through thick and thin, adding: “His brand of loyalty is very rare in the politics of today. I will greatly miss him.”

He recalled that as Chairman, Media and Publicity Committee of the defunct All Nigeria People’s Party (ANPP) Campaign Organisation in the 2003 and 2007 elections as well as Chairman of the Congress for Progressive Change (CPC), the deceased contributed immensely to the growth and strengthening of the organisations, leading to the eventual formation of the APC.

Atiku, in his condolence message, described the former minister as a good man and an avowed apostle of politics without bitterness, adding that he carried himself with dignity and respect.

“A good man, Prince Tony Momoh, has gone home. The veteran journalist, politician and former minister was an avowed apostle of politics without bitterness. And like the prince he was, carried himself with dignity and respect. He will be sorely missed,” Atiku stated.

Lawan said he shared the grief of the family, friends and political associates of Momoh.

He also commiserated with the government and people of Edo State and the APC on the loss.

Tinubu, in a condolence message, signed by the Head of his Media Office, Mr. Tunde Rahman, expressed shock over the death of Momoh.

He described him as a statesman, patriot and an exemplary journalist.

He said: “He was a statesman and patriot resolutely committed to the unity and progressive development of this country.

“He was not just a journalist, he was also a notable politician. He was one of the true founders of the APC.
“His death is a great loss at this time his wise counsel is needed in the country.”

Sanwo-Olu described the death of Momoh as a colossal loss to Nigeria, saying that the country will sorely miss his rich experience and knowledge, especially his contributions to national issues through politics and his editorial contents.

The Lagos State governor said the death of the elder statesman, politician and journalist was painful and heartbreaking.

In mourning Momoh, Obaseki, in a statement, celebrated the contributions of the deceased to the growth and development of Nigeria.

He described him as a rare politician who spoke truth to power when it mattered the most.

“Prince Momoh, though a great son of Edo State, was a total Nigerian. He was forthright, driven and spoke with candour. As a nationalist, he was unapologetic about the Nigerian project. His lasting legacy remains the enthronement of democratic values in Nigeria,” he said in a statement.

A former Delta State Governor, Chief James Ibori, said with the passing of Momoh, Nigeria has lost a remarkable elder statesman, a renowned journalist, an eminent public servant and a totally detrabilised Nigerian.

Ibori said: “Though Prince Tony Momoh and I were never in the same party all through, he was civilised enough to respect the boundaries of friendship resulting in a rewarding friendship that lasted for decades.”

A group of senior citizens, elder statesmen and leaders of thought under the aegis of Project Nigeria Movement (PNM), also expressed sympathies over the death of Momoh, saying that he will be missed.

The group, under the leadership of elder statesman, Prof. Ben Nwabueze (SAN), said in a statement by its National Secretary, Sir Olawale Okunniyi that the former minister in his lifetime joined in advocating the democratic constitutional restructuring of Nigeria.

It added that he also produced many books and pamphlets on ensuring the cohesion, stability and prosperity of Nigeria.

The ruling APC also expressed sadness over the death of Momoh.

The Secretary of the Caretaker/Extraordinary Convention Planning Committee, Senator John Akpanudoedehe, in a statement yesterday, said Momoh truly lived a storied life, which will be a source of inspiration to present and future generations