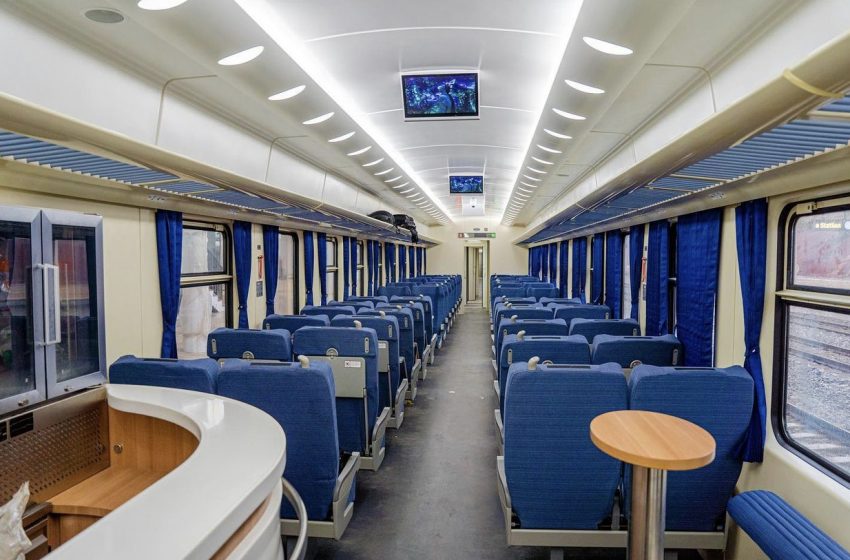 President Buhari Thursday inaugurated the commercial operations of Lagos-Ibadan railway project at the Mobolaji Johnson Railway Station, Ebute Metta, Lagos, describing the feat ‘‘as another milestone in the drive of this administration to revitalize the railway system and establish it as a choice mode of transportation for both passengers and freight.’’

The president pledged that his administration would continue to prioritise the railway system as a transportation backbone that can transform industrial and economic activity in the country.

On the benefits of the Lagos-Ibadan corridor as well as other ongoing railway projects across the country, President Buhari said:

‘‘This vital line establishes an end-to-end logistic supply chain in railway transport within its short corridor, Lagos – Ibadan, as goods to the hinterland would now be transported by rail directly from the Apapa port Quayside straight to the Inland Container Depot located in Ibadan from where it can be distributed to other parts of the country.

‘‘In clear recognition of the challenges posed to our economic growth by absence of strong and effective infrastructure, we have in the rail sector, further to other ongoing railway infrastructure projects, embarked on the completion of the outstanding segment of the Lagos – Kano railway, which is Ibadan – Kano.

‘‘The Lagos-Kano railway project when completed will link the Kano – Maradi line at Kano and a rail link from the Nigeria southern ports of Lagos to Maradi in Niger Republic will be achieved.