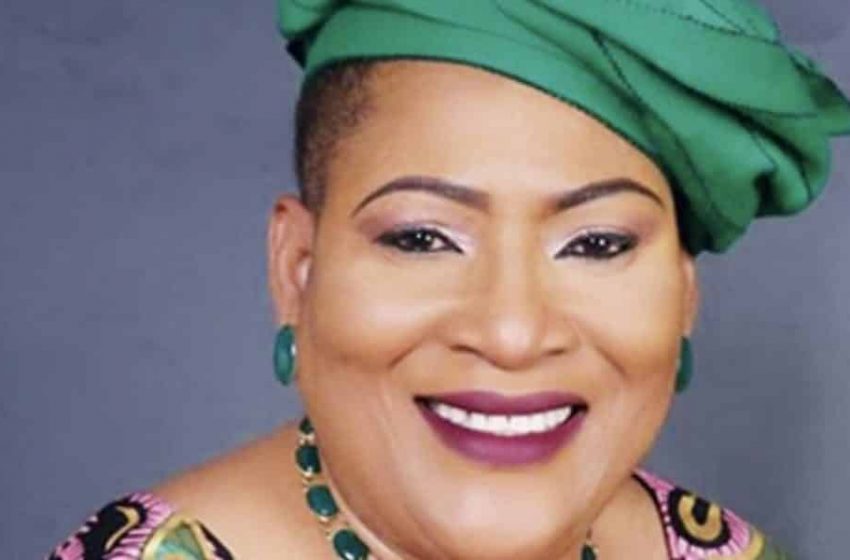 President Muhammadu Buhari, Lagos State Governor, Mr. Babajide Sanwo-Olu, his Ondo State counterpart, Mr Oluwarotimi Akeredolu and the presidential candidate of the All Progressives Congress (APC), Mr. Bola Tinubu have commiserated with the Nelson family over the demise of a frontline politician and advocate of the womenfolk, Chief Kemi Nelson.

Buhari in a statement yesterday by his spokesman, Mallam Garba Shehu, also sent condolences to the government and people of Lagos State, Tinubu, and the Lagos APC family on the loss of, “a consistent and faithful party member who devoted so much to the evolution, development, sustenance and relevance of the party in Lagos and around the country.”

Buhari noted the contributions of Nelson as a former Commissioner for Women Affairs and Poverty Alleviation in Lagos State, the State Women Leader, National Deputy Women Leader of APC, and former Executive Director of the Nigerian Social Insurance Trust Fund, remarking that she was such a grassroots mobiliser and an achiever who left her footprints wherever she served.

“As the only female member of the Lagos State Governor’s Advisory Council (GAC), Kemi Nelson continued to be part of the governance structure that led to the transformation of Lagos State into the Centre of Excellence it has become,” he said.
The president prayed that almighty God would grant the husband, Adeyemi Nelson and the family, friends and associates of the deceased, the fortitude to bear the loss and repose her soul.

Nelson died yesterday at the age of 66.
On his part, Sanwo-Olu in a statement yesterday by his Chief Press Secretary, Mr. Gboyega Akosile, described the death of Chief Nelson as a great loss to Lagos State, especially the ruling party, considering her unique position as one of the great mobilisers in the party.
The Governor described the late Lagos APC Women Leader as a, “passionate, trustworthy, committed, extremely loyal politician, leader, women advocate and an invaluable asset to APC and Lagos State.”

Furthermore, Sanwo-Olu said, “the death of Chief Kemi Nelson is a painful and big loss to me personally. It is also a great loss to the GAC, our party, APC, the deceased family and friends.
“I am saddened by the passage of this indefatigable, devoted, loyal, committed, progressive democrat and team player who played remarkable roles in the success of our party at the state, zonal and national levels during her lifetime.

“Chief Kemi Nelson as a consummate politician and committed leader of her people, especially women, contributed immensely to the growth and development of our great party as APC Women Leader in Lagos and South-West. She also did her best for our dear Lagos State during her tenure as Commissioner for Women Affairs and Poverty Alleviation.
“She will be missed dearly by her family, friends and the entire political class, particularly GAC, chieftains and members of the ruling party across Lagos State and Nigeria.

“I pray that God would grant the soul of our beloved GAC member, Chief Kemi Nelson, eternal rest and comfort to the immediate and political family she left behind.”
Akeredolu said he received the news of her death with sadness.
The governor in a statement by his Chief Press Secretary, Richard Olatunde, described the death of the APC Chieftain as a great loss to the party, noting that her demise was shocking and irreplaceable.

He specifically sympathised with Tinubu, Sanwo-Olu as well as the entire APC family.
“The death of Kemi Nelson prods remarkably nostalgic moments. We have had cause to work together on the platform of our great party, the APC. Her commitment to the party, and the good of the people was admirable. She was a progressive to the core.
“While we understand the inevitability of death, the loss of close associate and friend stirs the vein. Kemi was a dependable ally and trusted party leader. She will be sorely missed by all.

“Indeed, our party and the good people of Lagos State have lost a rare gem with adorably immeasurable qualities. It is more saddened that we lost this great mobiliser at this crucial time when her services to the party is most needed.
“This is a moment of shared pain; especially as late Kemi Nelson was an asset to behold. Her political experience was vast and inexorably deep. We will never forget her hard works,” Akeredolu added.

Tinubu described the deceased as a nationalist and grassroots mobilier.
“She was relentless, she was dedicated and she worked assiduously for the creation of the Nigeria of our dreams. She could well have achieved and sustained personal success as a private citizen concerning herself solely with the welfare of her family. Instead, she was passionately committed herself to politics as a vehicle for her to contribute to the common good.
“Throughout the course of her life, Mrs. Nelson did much for the development of Lagos, the cause of progressivism and the progress of Nigeria. As Commissioner she began the Skills Acquisition and Empowerment Centres in various Local Government Areas across Lagos which, to this day, continue to empower disadvantaged women, men and youths in the State.

“We shall never forget Yeye Nelson. For her past sacrifice for Lagos and indeed Nigeria; she will be remembered. For her commitment to the womenfolk and the downtrodden she will be celebrated.
“I will always remember Yeye for her loyalty, sense of duty, abiding compassion for humanity and for always being there for us and our progressive cause.