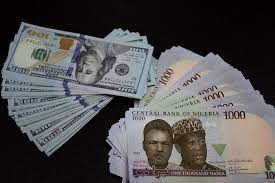 The Central Bank of Nigeria injected $5.62bn into the foreign exchange market in the fourth quarter of 2020 as part of efforts to ensure the stability of the naira.

This was an increase of N1.25bn from $4.37bn intervention in the economy by the banking regulator in the third quarter.

The CBN disclosed this in its report on ‘Transactions in the foreign exchange market’ in fourth quarter of 2020 which was obtained by our correspondent on Thursday.

Part of the report read, “The bank maintained its periodic interventions in the foreign exchange market to boost liquidity, enhance access to foreign exchange, curb unbridled demand and ensure stable exchange rate.“During the fourth quarter of 2020, total foreign exchange sales to authorised dealers by the bank stood at $5.62bn, an increase of 28.7 per cent above the level in the preceding quarter.

“This was attributed, largely, to the increased interventions in the BDC and I&E windows during the quarter.”

The total foreign exchange sales, however, saw a decrease of 46.1 per cent below the level in the corresponding quarter of 2019, the CBN stated.

The Secondary Market Intervention Sales and matured swap transactions, however, fell by 12.8 per cent and 62.9 per cent to $1.71bn and $0.46bn, relative to the levels in the preceding quarter.

According to the CBN, foreign exchange inflow into the economy improved, following the bank’s policy directive of November 30, 2020.

The bank had directed the transfer of all diaspora remittances to the domiciliary accounts of the beneficiaries or payment of customers in foreign currency, as well as the closure of all Naira ledger accounts opened specifically for the purpose of receiving IMTO (foreign transfers from diaspora Nigerians) with immediate effect.