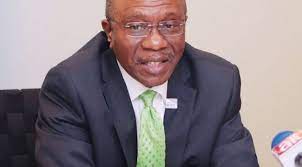 The Edo State Governor, Mr Godwin Obaseki, has urged the Federal Government to take urgent steps to end the current monetary rascality, so as to prevent the prevailing economic challenge from degenerating further.

Obaseki, who has come under fire for saying that the Federal Government printed N60bn to share as part of federal allocation in March, in a statement he signed on Thursday, said it was time to stop playing the ostrich and approach the Nigerian project with all sense of responsibility and commitment.

Obaseki said this as the Central Bank of Nigeria faulted the Edo State governor’s claim that it printed N60bn in March for the Federal Government.

The Minister of Finance, Budget and National Planning, Mrs Zainab Ahmed, had faulted Obaseki on Wednesday.

In an interview with State House correspondents, the minister described Obaseki’s claim as untrue.

But the governor on Thursday insisted on his position.