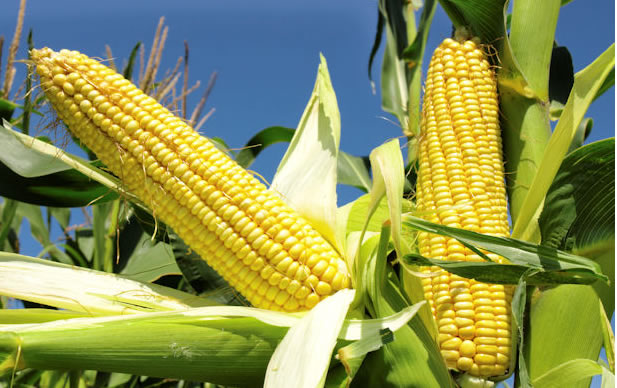 The Central Bank Governor, Mr Godwin Emefiele, has said the bank will oppose all attempts to continue importation of maize into the country.

In a statement titled ‘Emefiele woos youths to embrace agriculture’, the CBN boss said, “The CBN would resist attempts by those who seek to continually import maize into the country.”

Emefiele spoke in Katsina on Thursday, during the unveiling of the first maize pyramid and inauguration of the 2021 maize wet season farming under the CBN-Maize Association of Nigeria Anchor Borrowers’ Programme.

He said maize farmers in Nigeria had what it takes to close the maize demand gap of over 4.5 million metric tonnes in the country.

“With over 50,000 bags of maize available on this ground, and others aggregated across the country, maize farmers are sending a resounding message that we can grow enough maize to meet the country’s demand,” Emefiele said.

He explained that the maize unveiled at the ceremony would be sold to reputable feed processors.

He added that this would in turn impact positively on current poultry feed prices, as over 60 per cent of maize produced in the country were used for producing poultry feed.

While urging youths to embrace agriculture, Emefiele expressed the bank’s readiness to support youths that were willing to engage in agriculture.

Katsina State Governor, Bello Masari, said the state had suffered a setback in agriculture as over 60,000 hectares of farmlands were uncultivated due to insurgency, which hindered farmers from gaining access to their means of livelihood.

The Kebbi State Governor, Sen. Atiku Bagudu, who represented the president, Major General Muhammadu Buhari (retd.), while unveiling the pyramids, reassured the farmers, processors and other value chain participants, of the support of government towards ensuring that they perform optimally.

Jigawa State Governor, Badaru Abubakar, said that the historical groundnut pyramids he read about in history books were today being seen physically in rice and maize across the country through the help of the CBN.

He also encouraged youths to take to agriculture for wealth creation by embracing the schemes put in place by the bank.

According to the statement, the Emir of Katsina, AbdulMumin Kabir, bemoaned the security situation in the area, and pleaded for serious interventions in order to encourage farming activities and sustain the success recorded so far.