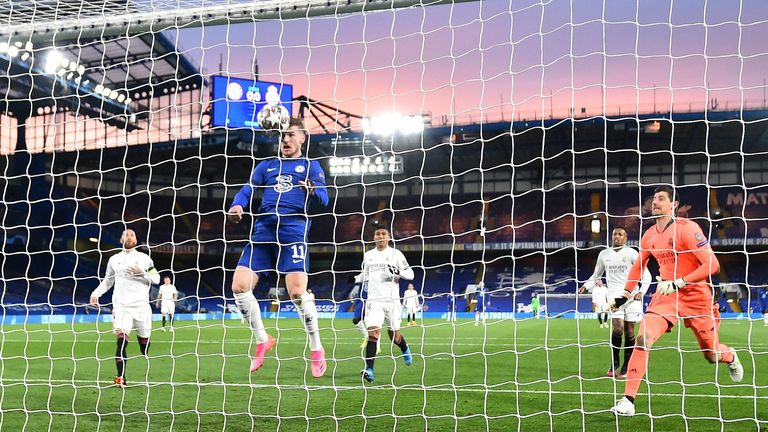 Chelsea set up an all-English Champions League final with Manchester City after beating Real Madrid 2-0 at Stamford Bridge in the semi-final second leg, going through 3-1 on aggregate.

Timo Werner put Chelsea ahead (28), nodding into the empty net from under the crossbar after Kai Havertz’s chip had hit the woodwork, before Real rode their luck as the hosts missed four big chances to double their lead in the opening 20 minutes of the second period.

Chelsea finally got their second to kill off the tie with five minutes remaining as Mason Mount stuck home substitute Christian Pulisic’s centre at close range, capping off a fine display and marking an extraordinary turnaround at the club since Thomas Tuchel joined in January.