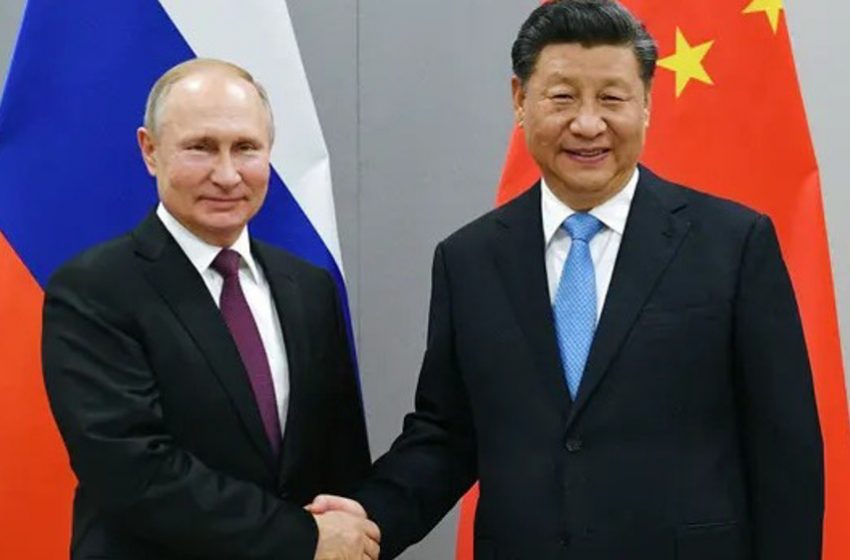 Chinese President Xi Jinping reaffirmed his country’s support for Moscow on issues of sovereignty and security in a phone call with Russian leader Vladimir Putin.

Xi told Putin on Wednesday “all parties should responsibly push for a proper settlement of the Ukraine crisis,” according to the official Xinhua news agency.

The Kremlin said in its account of the call that Putin “outlined his fundamental assessments of the situation in Ukraine”.

Xi “noted the legitimacy of the actions taken by Russia to protect the fundamental national interests in the face of challenges to its security created by external forces”, according to Moscow’s official readout.

China has not criticised Russia’s invasion of Ukraine and has not referred to it in such terms, while accusing NATO and the West of provoking Moscow into attacking.

The United States expressed concern about China’s alignment with Russia, warning nations that side with Putin over his invasion of Ukraine will be “on the wrong side of history”.

China claims to be neutral but its behaviour makes clear that it is still investing in close ties to Russia,” a US State Department spokesperson said.

Weeks before Russia launched the assault on February 24, Putin and Xi met in Beijing and oversaw the signing of an agreement pledging that relations between the sides would have “no limits”.

It remains unclear whether Xi knew of Russia’s plan to invade Ukraine at the time.

In that meeting, which took place hours before the Winter Olympics kicked off in Beijing, the two leaders pushed back against pressure from the United States, declaring their opposition to any expansion of NATO and affirming that the island of Taiwan is a part of China.