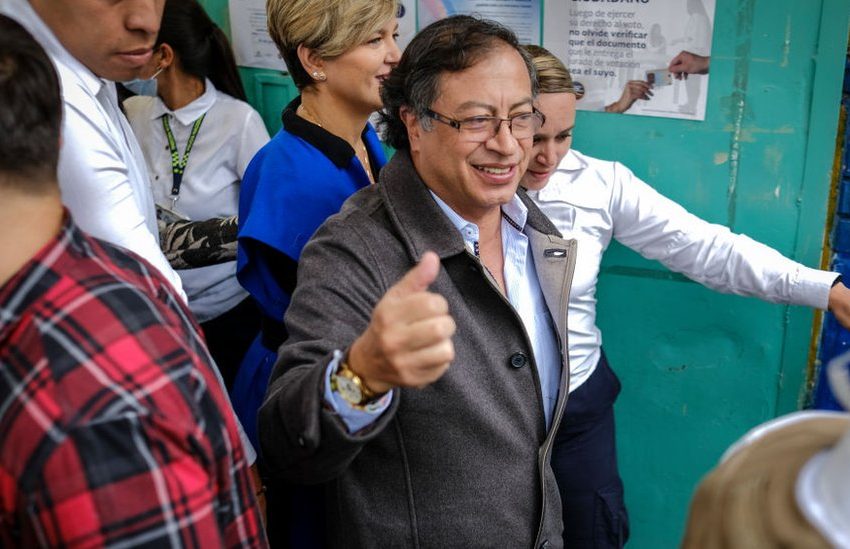 Figures show he took 50.5% of votes, defeating his millionaire rival by a close margin of around 700,000 ballots.

The result marks a major change for the country, which for decades has been led by moderates and conservatives.

The vote was held amid widespread discontent at the way the country has been run, and there were anti-government protests last year in which dozens of people died.

The 62-year-old Petro hailed what he called a “victory for God and for the people”.

“May so much suffering be cushioned by the joy that today floods the heart of the homeland,” Petro wrote on Twitter. “Today is the day of the streets and squares.”

In a video posted to social media, Hernandez, who ran a non-traditional campaign that relied heavily on TikTok and other social media, conceded to Petro.

“I accept the results of this election,” he said. “I hope that Gustavo Petro knows how to run the country and is faithful to his discourse against corruption,” he added.

President Ivan Duque, who was barred from seeking re-election by Colombia’s term limits, said on Twitter that he had called Petro to congratulate him. He added that they had “agreed to meet in the coming days to initiate a harmonious, institutional and transparent transition”.

Petro was a member of the now disbanded M-19 movement in the 1980s. The rebel left-wing group was one of many guerrilla organizations that waged war against the state.

He spent time in jail for illegal arms possession, before joining the political opposition where he served as both a senator and congressman as well as mayor of Bogota.

Petro ran on a radical manifesto and pledged during the campaign to fight inequality by providing free university education, pension reforms and high taxes on unproductive land.

He also pledged to fully implement a 2016 peace deal that ended a 50-year-long conflict with the communist guerrilla group, Farc, and to seek negotiations with the still-active ELN rebels.

The campaign marked Petro’s third run for the presidency. He finished fourth in 2010, and was comfortably defeated in a run-off by Duque in 2018.

While some of his proposals have startled investors – including a planned ban on new oil projects – many voters said they voted for him to tackle some of Colombia’s intractable problems, such as corruption, widespread poverty and a surge in political violence.

But Petro will face challenges from a fragmented congress, which includes representatives of more than a dozen parties.

“An important first step that has already been taken by the president-elect is to initiate efforts to build a broad national coalition in order to enhance his governability.” — BBC