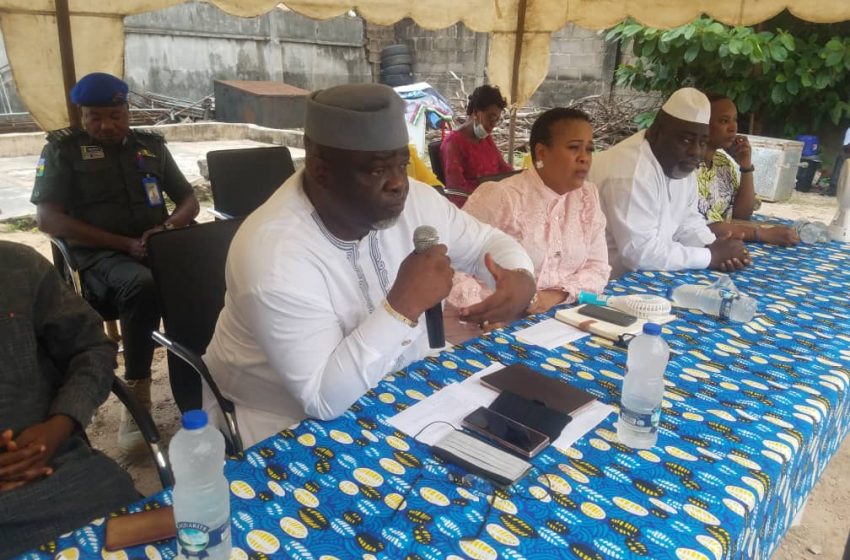 The Commissioner for Physical Planning and Urban Development, Dr. Idris Salako, has tasked the operatives of the Lagos State Building Control Agency on the regular use of the Green Sticker on buildings that have complied with building regulations.

He gave the charge during the periodic meeting with management staff of the Lagos State Physical Planning Permit Authority (LASPPPA) and the Lagos State Building Control Agency (LASBCA) at the headquarters of the Agency, Old Secretariat, Ikeja on Wednesday.

Salako stated that the Green Sticker, launched last year, was conceived as an emblem signifying compliance in the construction process of a building and in contrast with the prevalent oxide mark that gives out a non-complying structure.

He affirmed that usage of the sticker would promote building regulations and enhance the image of the authorities as the ubiquitous oxide mark had generated negative perception from members of the public.

The Commissioner urged operatives of the agencies to be courteous and professional in their conduct, considering the fact that they interact directly with members of the public whom they were out to serve.

Also speaking at the meeting, the Permanent Secretary, Ministry of Physical Planning and Urban Development, Engr. Mrs. Abiola Kosegbe, charged the Supervisory Directors and District Heads to brace up and justify their positions, through satisfactory performance within their areas of jurisdiction and positive feedback from the people.

Others at the meeting include the General Manager LASBCA, Arc. Gbolahan Owoduni Oki, Mrs. Kikelomo Asogbon (LASPPPA) and Directors from the Ministry of Physical Planning and Urban Development.