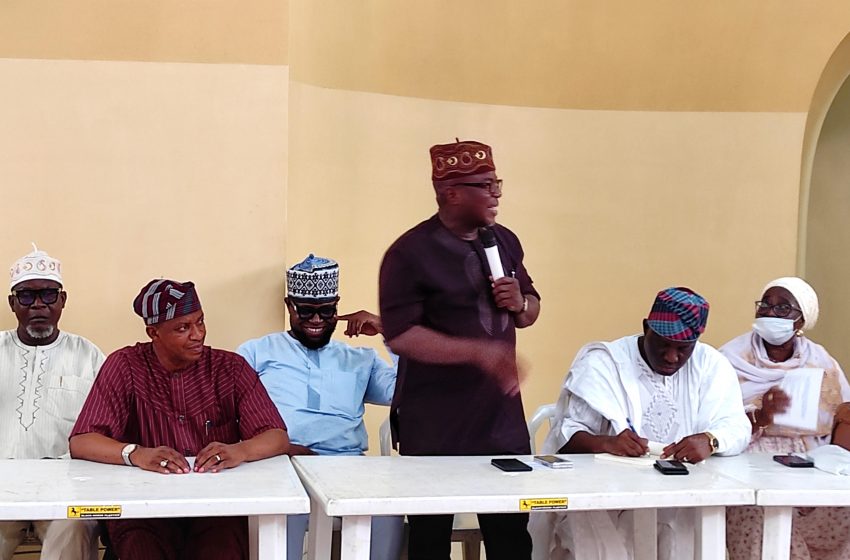 Pilgrims embarking on the Y2022 Umrah (Lesser Hajj) from Lagos State have been urged to pray fervently for the State, Governor Babajide Olusola Sanwo-Olu, his deputy, Dr. Kadri Obafemi Hamzat as well as the Federal Government during the exercise in the Kingdom of Saudi Arabia.

Honourable Commissioner for Home Affairs, Prince Anofiu Olanrewaju Elegushi, made the appeal at a seminar organised by the Lagos State Muslim Pilgrims Welfare Board for the intending pilgrims at the Shamsi Adisa-Thomas (SAT) Mosque, GRA, Ikeja, Lagos.

Elegushi, who spoke through the Permanent Secretary in the Ministry, Mr. Sewedo Oluseyi Whenu, reiterated his belief in the capacity of the pilgrims to pray to Allah against all the challenges bedeviling the nation such as insecurity, kidnapping, banditry, incessant killings and economic downturn, amongst others.

He expressed hope that all the prayers offered by the pilgrims would be answered and all the challenges facing the nation surmounted because the blessed month of Ramadan is significant and synonymous with Allah’s mercy, blessings and forgiveness.

The Commissioner also appealed to the intending pilgrims to be good ambassadors of the State, obey all the rules and regulations guiding their stay in the Holy Land and avoid involving themselves in any illegal dealings.

The Board Chairman, Engr. Shakir Ayinde Gafar, thanked the intending pilgrims for choosing to perform the Lesser Hajj with the State, assuring them that they would not regret their action, as the Board is poised to offer them the best of service.

He, thereafter, presented the travel documents to each of the intending pilgrims, urging them to get to the Murtala Mohammed International Airport, Ikeja, at least five hours before departure time to properly check in and avoid delay.

Speaking on the topic: “Procedures and Processes of Umrah and its Benefits to Muslims”, the Chairman of Ulamah (Muslim Clerics) of the Board, Alhaji Muhsin Ajagbemokeferi, enlightened the participants about the entire exercise as prescribed by the Holy Prophet Mohammad in the Holy Qur’an.

He urged them to follow all the instructions of the Board in their conduct while in the Kingdom and shun involvement in any act inimical to Islamic Teachings.