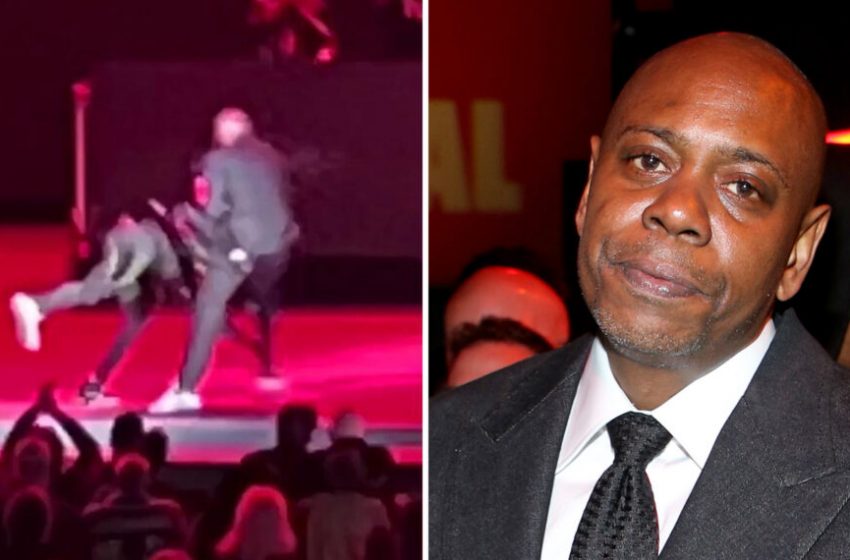 According to several reports, the attacker had a knife shaped like a gun when arrested. In a video that has since gone viral, a young man is seen rushing onto the stage and attacking the performer to the ground during the Netflix is a Joke comedy festival.

The attacker then gets up and tries to run off-stage before he is caught and tackled by what appears to be security personnel and members of Chappelle’s team.

He was later arrested, and bail was set at $30,000. Chris Rock later came on stage with Chappelle after the attack where he mocked Will Smith.

It would be recalled that Smith slapped Rock on stage while hosting the last Academy Awards.

“Was that Will Smith?” he said after climbing the podium.

Actor Jamie Foxx is understood to have rushed on stage to help Chappelle and apprehend the attacker.

“Whenever you’re in trouble, Jamie Foxx will show up in a sheriff’s hat,” quipped Chappelle at the show’s curtain call. Unconfirmed video shows Foxx responding: “I thought that was part of the show.”

According to several reports, an investigation into the matter has already begun.