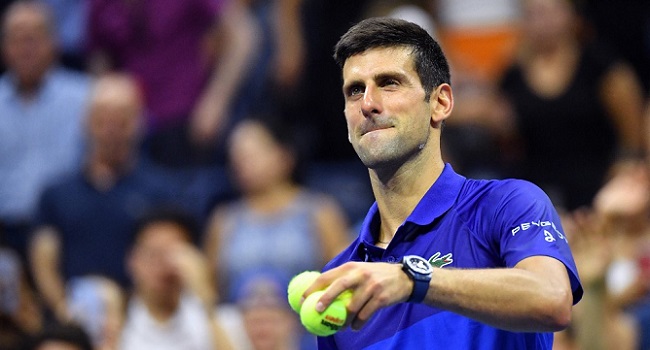 World number one Novak Djokovic won without playing his best to reach the second round of the US Open on Tuesday in his quest for a calendar-year Grand Slam and record 21st major title.

History-chasing Djokovic, who has won eight of the past 12 Grand Slam events, will next face 121st-ranked Dutchman Tallon Griekspoor, a rival the top seed admitted he didn’t know much about.

Djokovic would complete the first men’s singles calendar-year Slam since Rod Laver in 1969 by winning the crown on the New York hardcourts.