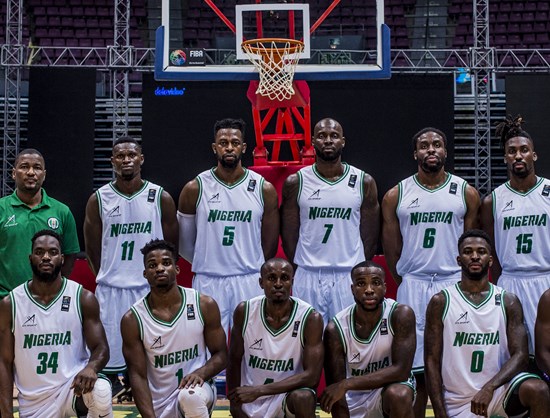 D’TIGERS coach, Mike Brown, will be hoping to guide Nigeria to their second Afrobasket title with relatively new faces as battles for the top prize begin on Tuesday (today) at the ultramodern Kigali Arena in Rwanda.

The competition is billed to hold from August 24 to September 5.

Nigeria are in Group C and will lock horns with Mali on Wednesday before facing Kenya and Ivory Coast for a place in the quarter-finals.

D’Tigers were one of the most talked about teams going into the Tokyo Olympics last month, boasting eight NBA players in their ranks, only second to the United States, but fast forward to few weeks later, the team will be taking on 15 other African basketball teams without the flashy NBA stars.

Jordan Ogundiran is the only player in the roster that featured in the Afrobasket qualifiers, where he averaged 2.7 points in three games.

Brown has kept faith with the team and will be in the dugout for the competition. The American, who included four home-based stars in his roster, will be assisted by River Hoopers coach Ogor Odaudu in Kigali.

He will be hoping to help Nigeria claim their second Afrobasket gong, which they first won in 2015. The country finished second at the last edition in Tunis, losing the final to hosts Tunisia.

However, Brown will be hoping to put the disappointment of the Olympics — where his team lost all three group games to Australia, Germany and Italy — and put up a good performance on the continent.

On paper, D’Tigers are expected to make it out of the group easily, but former D’Tigress coach, Scott Nnaji, says they need to be careful as there are no more minnows.

“The group looks good on paper for D’Tigers but they need to be careful as this is not the superstar roster that went to the Olympics. But I expect them to make it out of the group and still do well,” Nnaji told The PUNCH.

Rivers Hoopers shooting guard, Buchi Nwaiwu, is happy with the inclusion of home-based players in the roster.

“It is nice to see that we have some home-based players in the roster. It will serve as valuable experience for them going forward and I feel the team has all it takes to go far in the competition.”