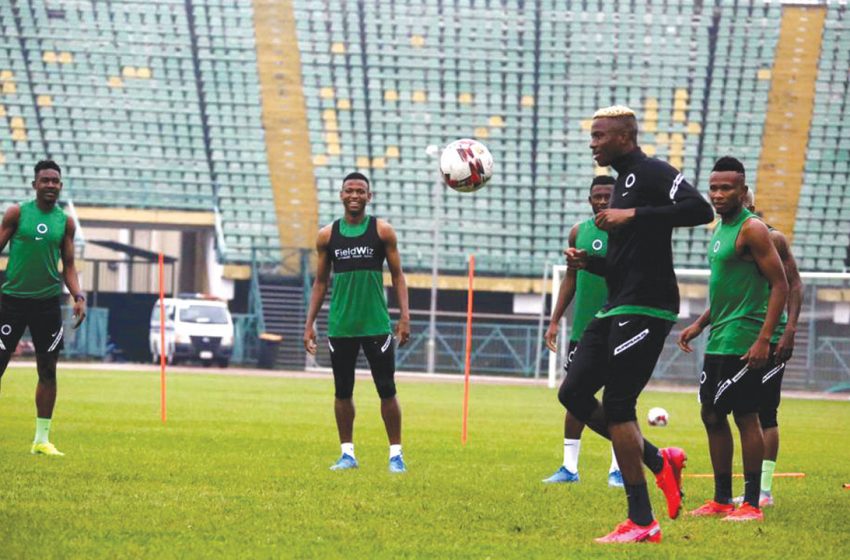 Journalists and fans were barred from Super Eagles training session at the Teslim Balogun Stadium yesterday, with team officials explaining that they want maximum concentration ahead of Saturday’s clash with Benin Republic.

Nigeria will travel to Porto Novo for an African Cup of Nations (AFCON) qualifier against Benin Republic. Coach Gernot Rohr has the full complement of players he called up for the matches against Benin Republic and Lesotho, with the arrival of Leicester City striker, Kelechi Iheanacho, on Wednesday morning.

Iheanacho was expected to arrive in Lagos on Tuesday but couldn’t join the team after suffering a flight delay. Officials of the team said Iheanacho would be monitored closely to ascertain his fitness level ahead of the matches, adding that the initial attention is on the players’ physical readiness.