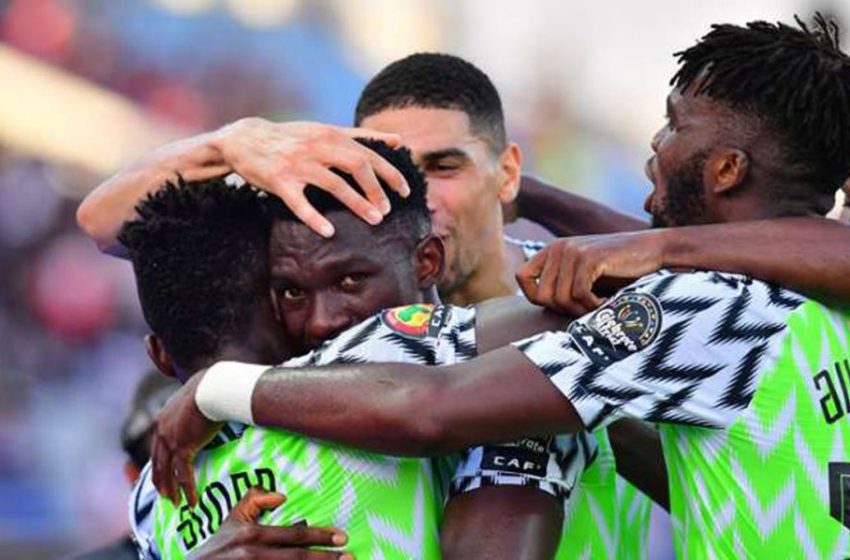 Nigeria played out a goalless draw with Cameroon on Tuesday in an international friendly at the Stadion Wiener Neustadt in Austria.

The Eagles were hoping to avenge their 1-0 loss to the Indomitable Lions four days earlier at the same venue, while also hoping to hand head coach, Gernot Rohr, his first win in his last seven friendlies.

But their archrivals held on for a stalemate in Vienna.

Captain Ahmed Musa, a substitute in the first encounter, started this time and threatened early on with his pace but the Lions packed their rear, and ensured dangerous striker Paul Onuachu didn’t wreak any havoc in the 45 minutes he was on the pitch.

Maduka Okoye, in goal for Nigeria, was the busier of the two keepers as early as the fifth minute, saving Tolo Nouhu’s effort from the left flank, before Onuachu had his goal-bound effort diverted for a corner three minutes later.

Everton forward Alex Iwobi was on hand to clear off the goal line with Okoye beaten in the 11th minute. The Lions brimmed with more energy and should have gone ahead two minutes later when Brice Ngamaleu fumbled in front of Okoye, when the easiest thing to do was to score.

Midfielder Pierre Kunde was shown a yellow card for a foul in the 28th minute of the encounter.

Despite bringing on Lorient’s striker, Terem Moffi in the 46th minute in search of a goal, the game ended in a stalemate.

The doubleheader is part of both teams’ preparations for the World Cup qualifiers. The Eagles battle Liberia and Cape Verde in August and September respectively.

Rohr will be hoping to put an end to their winless friendly run when they take on Mexico in another non-competitive tie scheduled for July 4.