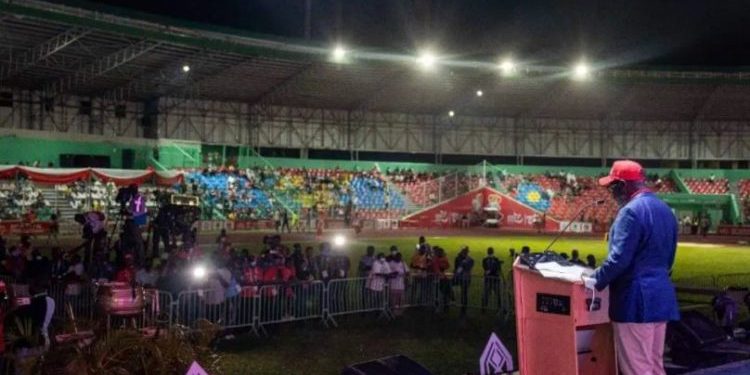 The Uncertainty surrounding the continuation of the 20th Edo National Sports Festival has been resolved following reassurance by the Federal Government to support the Edo State Government.

Speaking in Benin on Thursday the Permanent Secretary of the Ministry of Youth and Sports Development Mr. Nebeolisa Anako said:

“I wish to announce that the Athletes are in their various Game Villages and games are ongoing following the intervention of the Presidency assuring that the financial support to the Edo State Government is on its final processing stage.

“The games are not under threat. There was an Information gap earlier but as we speak, the games are ongoing and we assure you there won’t be any closure till the closing of the National Sports Festival” The Permanent Secretary of Federal Ministry of Youth and Sports Development; Mr. Nebeolisa Anako concluded.

Project Manager, Media and Communications for the Edo 2020 National Sports Festival, Ebomhiana Musa on his part revealed that the federal government has agreed to release money to Edo State for the successful hosting of the ongoing

Games tagged Edo 2020. “The LOC appreciates President Muhammed Buhari, the Vice President, Yemi Osibanjo, the Secretary to Government of the federation Boss Mustapha, Chief of Staff to the president Ibrahim Gambari for agreeing to bail out Edo State in making the sports festival a success”, Musa said.