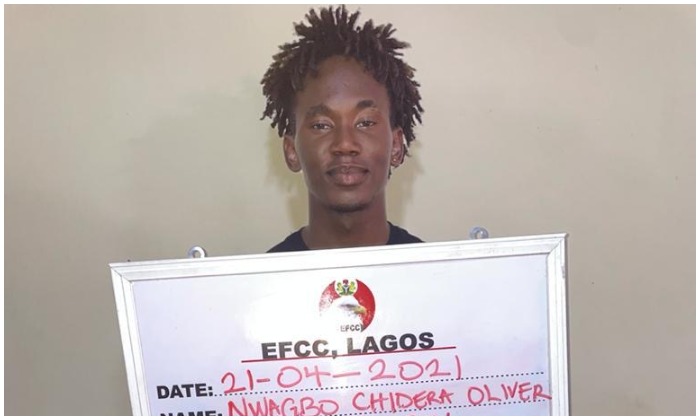 The anti-graft agency stated this in a statement titled, ‘EFCC Arrests Instagram Comedian for Alleged Internet Fraud in Lagos’.

“Operatives of the Lagos Zonal Office of the EFCC have arrested an Instagram comedian and social media Influencer, Nwagbo Oliver Chidera, A.K.A. Pankeeroy,” the statement partly read.

Pankeeroy has over 500,000 followers on the social media application, Instagram. He is known for flaunting beautiful ladies, exotic and flashy cars, shoes, wears, houses and wristwatches on the application.

According to the police, Hushpuppi and his gang committed fraud amounting to 1.6 billion Dirham (N168 billion) while 13 luxury cars, estimated at 35 million Dirham (N3.7 billion) were recovered from the house where they were arrested.