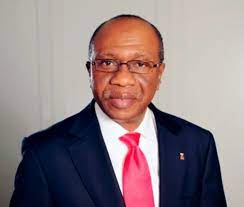 Figures obtained from the Central Bank of Nigeria on Tuesday revealed that the reserves had been fluctuating in recent weeks.

Speaking on the decline at the recent Monetary Policy Committee meeting, the CBN Governor, Godwin Emefiele, said, “This reflects sales to the foreign exchange market and third-party payments.”

The CBN, in its January economic report, said, “As a consequence of the lower foreign exchange receipts, the official external reserves declined.