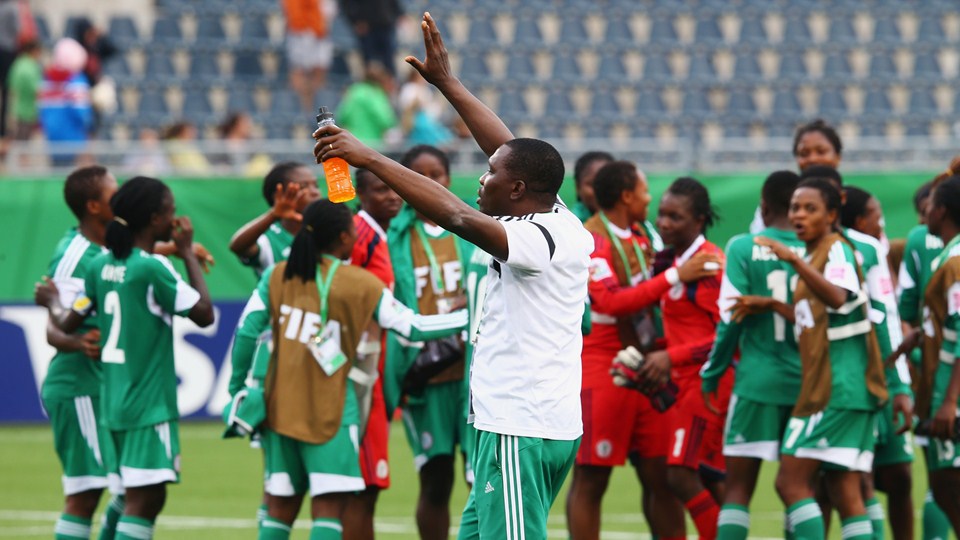 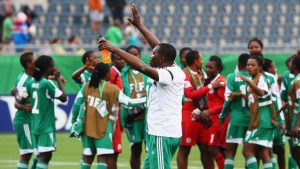 Head coach of the Nigeria U-20 female national team, Falconets, Peter Dedevbo is expected to make three key changes in the starting line -up of his team in today’s FIFA World Cup clash with Canada in Port Moresby, Papua New Guinea.
Reigning world vice champions, Nigeria, got off on a worrying note after succumbing to a 6-0 bashing from Japan on Sunday. The line-up will look different as Sweden -based Christy Ohiaeriaku takes up the gloves in place of first choice keeper and Captain, Sandra Chiichii, who is being rested for the game.
Midfielder Ihuoma Onyebuchi, who came in for Patience Kalu against Japan, will get a starting role, while midfielder Joy Bokiri, who sat out the opening match, completes the changes expected in the squad. Other players including Ugochi Emenayo, Chinwendu Ihezuo, Yetunde Adeboyejo and Chinaza Uchendu retained their starting places in the team.
Meanwhile, Dedevbo has reassured that the changes will pay off positively, insisting that the adjustment is geared towards getting the points to keep hope alive in the tournament.
“The focus right now is on how to pick the maximum points against Canada. The line-up for today will change and most of the mistakes of the first game have been corrected. I remain optimistic that we will do a good job.”
The team took time off from training Tuesday evening to study the video clips of the game between Canada and Spain, which ended in a 5-0 win for the Spaniards.