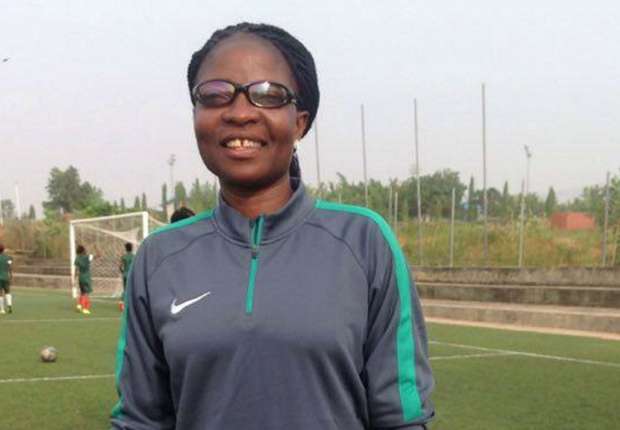 Super Falcons chief coach, Florence Omagbemi, will depart Nigeria for United States of America today after a battle with the Nigeria Football Federation (NFF) over money for her flight ticket.
Omagbemi equalled history by becoming the second woman to win the African Women Cup of Nations as a player and coach when the Super Falcons beat the Lionesses of Cameroun 1-0 to win this year’s edition on December 3. Omagbemi, who captained the Falcons for about 14 years, won four African titles as player.
“It got to a point when she could no longer bear it. The Secretary General of the NFF, Dr. Mohammed Sanusi and the NFF President Amaju Pinnick were just passing the buck from one to another. It was so clear they didn’t want to fulfill their earlier promise of purchasing the ticket for her to return to her base in the United States despite her achievement. It is not the best way to encourage an ex-player. She has to purchase the ticket by herself,” the source said.
The source also disclosed that Omagbemi’s contract with the NFF expired on December 3, the date she led the Super Falcons against the Lionesses of Cameroun in Yaoundé, which the Falcons won to claim their eighth African Nations Cup title.

“Nobody is talking about the contract renewal now because it looks like the NFF is not even settled at the moment,” the source said.

“But I think they will sort it out later, that is if Omagbemi is still interested in coaching the Super Falcons.”The Guardian recalls that after leading the Falcons to win the title in Cameroun, Omagbemi said her future as coach of the team would depend solely on the NFF.