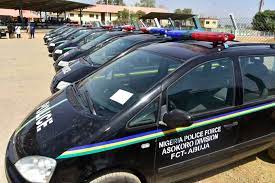 The UK government insisted yesterday on its terror alert, despite assurances by the federal government that the country was safe.

The fresh alert came as a major mall in the FCT, Jabi Lake Mall, yesterday shuts its operation in what the management said was an effort to protect its staff and customers.

Recall that the UK and US governments had issued an advisory to their citizens in Abuja to watch their movements within the Federal Capital Territory, following the terror alert raised by both countries.

Foreign, Commonwealth and Development Office, FCDO, yesterday again updated its travel advisory on Wednesday, 26 October to British nationals, advising them against all but essential travel to the Federal Capital Territory, including the city of Abuja.

FCDO said there was an increased threat of terrorist attacks in Abuja, and advised British nationals to stay alert, avoid non-essential travel within the city and follow local news and advice of security authorities.

Noting that the travel advice will constantly be reviewed to reflect the current situation in Abuja and Nigeria generally, the FCDO said the British High Commission remains open for essential services.

It also advised British nationals to be wary about travelling to such states as Bauchi, Kano, Jigawa, Niger, Sokoto, Kogi, Abia, Plateau, Taraba, within 20km of the border with Niger in Kebbi State and non-riverine areas of Delta, Bayelsa and Rivers states.

This is even as the Federal Capital Territory Administration, FCTA, also yesterday reclaimed parts of the Nigeria Law School land taken over by criminals in Bwari town, just as most primary schools in the territory announced a mid-term break.

These came as the US Government late Wednesday issued a security alert warning its citizens about the possibility of terror attacks in South Africa, similar to that issued in Nigeria.

A short message from Jabi Lake Mall read:  “Jabi Lake Mall will be closed today (yesterday) October 27, 2022. This decision has been taken in the overall interest of the safety of all staff and customers of the mall.

“Centre Management is committed to minimising any disruptions. However, the safety of our staff and shoppers remains our highest priority.