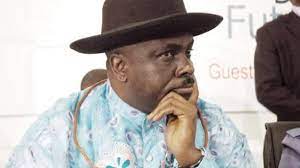 Attorney General of the Federation and Minister of Justice, Abubakar Malami, has said the Federal Government was working round the clock to take hold of stolen Nigerian assets.

To this end, he revealed that the most populous nation was expecting to receive the £4.2 million seized from associates of convicted erstwhile Governor James Ibori of Delta State soon.

In a statement yesterday in Abuja by his Special Assistant on Media and Public Relations, Dr. Umar Jibrilu Gwandu, the minister observed that sometimes when a country transfers funds, it might take a little time to perfect the documentation.

He said his office and the relevant agencies would keep the public posted whenever the fund arrives, adding that the current administration was in constant touch with the United Kingdom government.

“Documentation with the banks in different countries often takes longer than anticipated. We anticipated two weeks, but we are not in control of the banks,” the statement clarified.