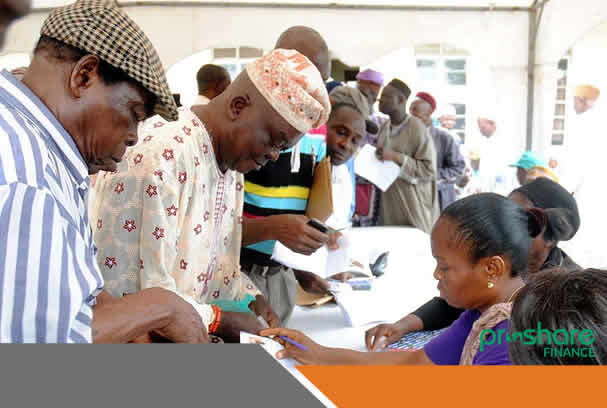 The Federal Government has engaged  stakeholders and retirees from the civil service in a town hall meeting to brainstorm on lasting solutions to pension challenges.

The Head of the Civil Service of the Federation (HOCSF), Dr Folasade Yemi-Esan, said at the meeting on Thursday, in Abuja that it was to address issues bothering on welfare of pensioners.

According to her, the aim of the meeting is  to seek contributions from  participants to sustainable effective solutions to pensioners’ challenges of receiving their due entitlements immediately after retirement from civil service.

She said that the meeting came as result of consultations with several stakeholders, representatives of pension administrators, including the retirees from the service.

”This town hall meeting is mostly about the pressure that we have in our hearts that we want to express.

“And the most interesting thing is that, we must start to prepare for retirement while in service, “ Yemi-Esan noted.

The HOS, therefore, urged the participants to identify challenges militating effective implementation of both Contributory Pension Scheme (CPS) and Defined Benefit Scheme (DBS) as well as propose solutions to them.

Yemi-Esan also advised the stakeholders to use  opportunity of the meeting to rub minds on the ongoing review of the Pension Reform Acts of 2014.

Dr Chioma Ejikeme, Executive Secretary, Pension Transitional Arrangement Directorate (PTAD) said the agency was established as a result of pension reform, adding that PTAD was committed to carrying out its responsibilities to ensure welfare of pensioners.

Ejikeme, however, identified areas of PTAD’s mandates to include administering the pension of the old DBS, and the pensioners who did not transit to the CPS and to make budgetary estimates for pension.

She also said that PTAD was mandated to prepare and submit monthly payroll of pensioners to the office of Accountant General Office of the Federation for direct payment from the budgetary allocations to the pensioners` bank accounts  among others.

Meanwhile, Chief Uchendu Ekpo, President,  Contributory Pensioners Union of Nigeria expressed disappointment over inability to see the  PENCOM’ boss to lay his complaints on non- review of his members’ pension.

Ekpo, who is also a retiree, therefore, appealed to the HOCSF to address PENCOM office on several challenges faced by pensioners in Nigeria.

The News Agency of Nigeria (NAN) reports that the theme of the meeting is:“Toward Effective Pension Administration in the Federal Public Service. (NAN)