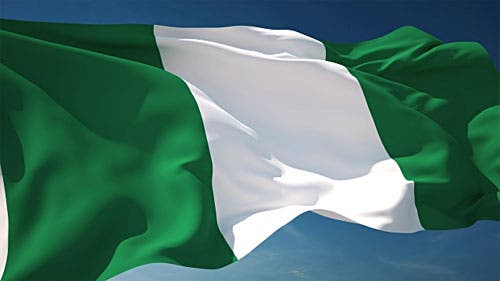 The talks between the federal government and the organised labour on the removal of petrol subsidy and the increase in electricity tariffs ended in a stalemate yesterday without the parties fixing any date to continue the negotiations.

While welcoming the labour leaders to the meeting held at the Bouquet Hall of the Presidential Villa, in Abuja, the Minister of Labour and Employment, Senator Chris Ngige, said that there was an urgent need for all stakeholders in the country to join hands to fashion out how the country can survive the economic challenges imposed by the COVID-19 pandemic.

He said the meeting is “a bilateral dialogue between us as Nigerians to consider the state of the economy and events that have necessitated recent increases in electricity tariff and the price of petrol.”

Ngige said the federal government would be ready to take advice and positions canvassed by the organised labour but would not be able to reverse the new increases in the petrol price and electricity tariffs.

The Minister of State for Labour and Employment, Mr. Festus Keyamo, said the meeting was not meant to buy time or to deceive the labour unions but a passionate attempt to seek their input in finding ways to salvage the country.

The Minister of State for Petroleum Resources, Mr. Timipre Sylva, urged the labour to show more understanding with the government over the policies.

While making a presentation during the meeting, Sylva said Nigeria lost an average of N1 billion daily between 2016 and 2019 as a result of fuel subsidy and N3.74 billion daily before 2016.

According to him, every successive administration in the country had realised that subsidy is not good for the economy but that having the political will to implement deregulation policy was the problem.

The minister suggested that committees should be set up to look into the issues raised by the labour.

“There are a lot of issues to discuss; from 10 o’clock we haven’t been able to trash out all the things; I think it will be right to set committees to further deliberate and resolve them,” he said.

But the President of the Nigeria Labour Congress (NLC), Mr. Ayuba Wabba, argued that the recent hike in cost of fuel and electricity tariffs further aggravated the economic hardship facing Nigerians.

He said Nigerian workers who have lost their jobs and means of livelihoods due to COVID-19 -imposed challenges are being forced to make further sacrifices through an unbearable increase in prices of fuel and electricity tariff.

Wabba insisted that the federal government should put the implementation of the new fuel price and electricity tariffs on hold to enable it to put some things in order.

“Those issues that constitute the price are part of the inefficiency in the system which government hitherto has been paying and christened subsidy. The government cannot transfer the inefficiency to the people. Nigeria should refine its products,” he said, adding: “At this point, what do you have on the table to cushion the effects on workers – their families because they have been pushed to the wall and already at the edge. Do you have anything for us? So that we can now say that despite these challenges, this is what I have for Nigerian workers that they can be able to have something that can cushion this effect for them.”

According to him, “Already the value of minimum wage had been eroded. The purchasing power parity, when you compare with all West African countries, we are already on the ground.

“That is the reality. In Ghana, compare their minimum wage with our own; in all West Africa countries, including Niger Republic that has just started refining recently, they are now serving us with products. That is not how we ought to be.”

The President of Trade Union Congress (TUC), Mr. Quadri Olaleye, kicked against what he described as an attempt by the government’s negotiating team to shift the discussion from the labour’s concerns over fuel price and electricity tariffs hike to the sliding economy.

He said workers are presently losing about 15 per cent of their wages as a result of the various price hikes.

Olaleye said that the union still maintained its position contained in the seven-day ultimatum it gave the federal government on Monday to reverse the policies on fuel price and electricity tariffs.

Olaleye wondered why the federal government has found it auspicious now to seek dialogue with organised labour now that the economy is in bad shape when it never did so since it came into office in 2015.

The meeting ended with no agreement reached, while no date was fixed to continue the talks.